Miami Mayor Francis Suarez said last month that he wants to finally start spending some of the millions of dollars in cryptocurrency the city’s been stockpiling. But while the city’s other leaders have endorsed Suarez’s plans, it’s not clear they fully understand what Miami is getting into — or how to effectively manage the city’s crypto assets.

Suarez proposed using $5.25 million in cryptocurrency to fund a rental assistance program, which the Miami City Commission approved on Feb. 24. The new program is similar to existing rental assistance initiatives, only with different criteria and a new funding source. The funds were generated through CityCoins, a cryptocurrency nonprofit that creates digital coins meant to raise money for cities like Austin, Miami and New York, though only Miami has entered into a formal partnership with the organization, which created a bespoke token called MiamiCoin.

At Suarez’s request, CityCoins is expected to transfer $5.25 million dollars to the city from a cryptocurrency wallet dedicated to Miami.

The transfer marks the first use of the digital wallet — which holds funds in STX, the cryptocurrency that MiamiCoin is built on — and with at least $13 million dollars’ worth of STX still in the wallet as of Thursday, Miami could spend more in the future. But several city commissioners told StateScoop they still aren’t exactly sure how the relationship with CityCoins works.

One commissioner, Ken Russell, told StateScoop that he “doesn’t know” what led to the decision to extract the money from the digital wallet, noting that it was ultimately Suarez’s idea.

“It seems to be a relationship between the mayor and the company that’s establishing that pace,” Russell said.

The mayor’s office did not reply to a request for comment.

Suarez has established himself over the past year as a cryptocurrency evangelist, alongside Mike Sarasti, Miami’s outgoing chief information officer. Both have opted to automatically convert portions of their paychecks to bitcoin as a show of faith in digital tokens, and both have courted players in the crypto industry — like CityCoins — to invest in their city. Miami was the first city to engage with CityCoins, accepting a digital wallet that at one point was worth more than $32 million.

It’s an “excellent source of found money” that comes with no cost to the city’s taxpayers, Russell told StateScoop.

The digital wallet that Miami plans to extract funds from is priced in STX, which, like other cryptocurrencies, constantly fluctuates in value. The city could ask CityCoins to withdraw any amount as dollars at any time. But until it does, the STX assets are subject to volatile market swings: The total valuation of Miami’s wallet has fallen by more than half since November. But Russell said he wasn’t aware the MiamiCoin wallet could lose value.

“The question we need to answer then, the valuation of our wallet, if it’s based on MiamiCoin, STX, bitcoin or U.S. dollar. It sounds like it’s not the U.S. dollar if it’s fluctuating, and that’s what has given it growth, as well,” Russell said. “Then yeah, I guess our stake is — I don’t want to use the word at-risk, but it does fluctuate with the coin itself. Which has been volatile, but on the whole is up.”

Russell wasn’t the only commissioner unaware of how the no-strings-attached funding works.

“I am not well-versed on the way that it works,” Manolo Reyes told StateScoop. “The only thing I know, that I’ve said all along, is that cryptocurrency is not a currency — it’s an asset. I’m not in favor of the City of Miami buying it or placing their reserves in cryptocurrency or anything.”

Reyes also said he’s concerned by the fact that MiamiCoin is only traded on OKCoin, a cryptocurrency exchange that was founded in China. (OKCoin is now headquartered in San Francisco following Beijing’s 2021 ban on crypto exchanges.)

A third Miami commissioner, Christine King, said she also wasn’t aware of whether the digital wallet is held in dollars, STX or MiamiCoin, though she said she’s expecting a briefing from Suarez or his team on the technology soon.

King said her education on the technology was going “slow” and that nobody affiliated with CityCoins or STX had reached out to her to explain the technology. Reyes said the same thing, though all three commissioners who spoke with StateScoop agreed that rental assistance is a good use of the funds.

“One of my really big goals has been to bring the world of technology into helping us solve our specific city of Miami issues and that has to do with the housing crisis, that has to do with storm and surging sea-level rise, and I don’t look at MiamiCoin as a single method for knocking those out,” Russell said. “All tech companies coming to Miami inherently are problem solvers, and we want to make them part of this community.” 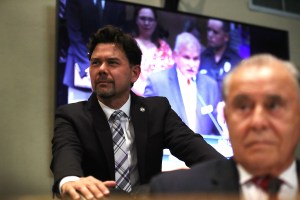