A bill that would enable Wyoming residents to display their IDs on their phones or tablets as a supplemental option to physical IDs passed the state Senate on Monday.

The legislation, which will be reconciled with a House version approved last month before moving to Gov. Mark Gordon’s desk, would authorize the state to begin selling digital driver’s licenses and IDs to residents who already have the physical documents. Those digital copies may be accepted in replacement of a physical ID, according to the bill.

At least seven other states and the District of Columbia have proposed or currently operate digital ID programs, but some Wyoming state lawmakers had lingering security and privacy questions about the new technology.

“You can currently purchase on the black market artificial licenses now, so where would we get the artificial digital licenses?” State Sen. Larry Hicks, a Republican, said on Monday. “Obviously [security] is going to be a big concern going forward.”

Some Wyoming Department of Transportation employees have already participated in a digital driver’s license pilot, when the state tested the technology in a 2017 pilot project. At the time, the participants — around 100 state employees —found it easier to conduct transactions that required identity verification, and WYDOT officials said the technology held promise for permitting, like commercial trucking licenses, fishing and hunting licenses and concealed-carry weapons permits.

Though federal agencies like the Transportation Security Administration don’t accept digital IDs, the technology has popular support; a 2017 survey conducted by the identity and security firm MorphoTrust found 80 percent of Americans say they’re interested in using such an app. The bill also attempts to address some privacy concerns, noting that simply displaying a digital driver’s license to a police officer is not consent for the officer to search a resident’s phone or tablet.

“What [the state is] trying to do is get ahead of the federal government on the digital driver’s licenses,” Anderson said. 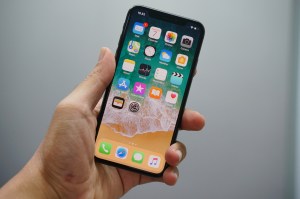