When Hurricane Irma approached Florida last September, the main concern was the potential death and destruction it might cause. How local governments would eventually get reimbursed by the Federal Emergency Management Agency after the storm passed was, naturally, of less concern at the time. But when those communities started assessing Irma’s impact, they were met with a 217-page FEMA policy guide on how to apply for disaster reimbursement.

The detailed accounting that FEMA requires through its public assistance grant program is beyond the scope of what local governments usually track, said Amy Clark, chief accountant of Plant City, Florida, but new software her city purchased ahead of 2017’s Hurricane Irma has solved at least one piece of that organizational goose chase.

After Irma, Plant City — a city of about 38,000 east of Tampa — faced complex record-keeping tasks that have become routine for governments and businesses following natural disasters. In this case, Plant City needed to prove that the $1.5 million it spent responding to and cleaning up after the hurricane was legitimate. And for a city with an overall budget of just $75 million, not getting that reimbursed would be a minor disaster of its own.

Tracing the paper trail of disaster response is a circuitous task, and it can take several years since the original event for a city to get all its receipts together.

“The problem with auditing so far after the fact for us is that at the time we were on a system that was strictly paper and we were having to request files from our archive and pulling paperwork that’s three and four years old and hoping the sufficient backup was there,” Clark said. “The biggest impact for me was that it just took so much time.”

It’s still a complex process, Clark said, but keeping track of many of those records has been simplified through the adoption of an enterprise resource planning tool, or ERP, called Munis , published by Tyler Technologies. Munis, she said, eliminates the need to search for paper records and makes digital files easier to find: all records gets entered into the system from the time they are created and the data is displayed alongside images relevant to every expense, which comes in handy when FEMA wants to see everything.

“They’ve got to put some kind of guidelines on it so it’s not just open-ended and a free-for-all,” Hall said. “Say there was a dilapidated building that had already fallen down before the storm came about, and the jurisdiction decided to pick all that up and claim it as storm damage, that would be something that would be subject to skirting the rules and regulations.”

To prevent local governments from partaking in that sort of opportunistic accounting, FEMA’s requires an intense level of detail in applications for aid such as exactly where debris was picked up and where it originated. If equipment was used, FEMA wants to know exactly where and for what purpose. If the area affected is private property, there’s a good chance it belongs filed under a different grant program. After Hurricane Irma, FEMA allocated about $1 billion in relief for individuals and households, and $189 million to governments and nonprofits.

Hall, who now works for an emergency alert software company called OnSolve, said snowstorms are particularly challenging because the agency will only pay for plowing and sanding in one direction per road. FEMA wants to know where all the road salt goes. So, he said, Calvert County plotted out plowing routes that didn’t double back on themselves.

The challenge for government offices not using modern recordkeeping software is that most records don’t have the degree of precision built-in that’s suddenly made necessary in the chaotic environments generated by a natural disaster. But when FEMA wants proof, the rigor of a federal accountant is brought to bear on a world usually unconcerned with such details.

“You can’t really provide a receipt for someone who’s using a backhoe to dig out the ditch or using their trucks to clear the roads,” Clark said.

The biggest expense most governments face is in paying employees. Plant City’s non-essential employees who were sent home in Hurricane Irma were still paid, while essential workers got paid time and a half. Where people were during the response and why all needs to be accounted for. The city only has about 400 employees, but remembering where they were and what they were doing to the hour grows more difficult to remember with each day that passes, Clark said.

Plant City hasn’t set up all the features of its ERP yet — tracking equipment use, for example, hasn’t been integrated. And even when that’s done, all the information still needs to be transferred to FEMA’s forms from the software, Clark said. Perhaps most importantly, the city doesn’t know if FEMA will accept its records, which it hasn’t filed yet because some city agencies’ are still trickling in.

But looking back at how the city used to gather historical data and looking at how it’s done now, Clark said, “you can’t even compare.” 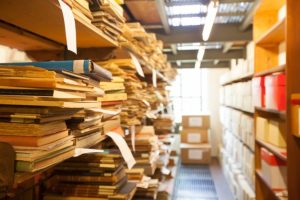