A new software platform monitoring drug prescriptions in Maryland is unlikely to singlehandedly reverse the state’s record-setting levels of fatal opioid overdoses, but officials said it could provide one piece of the solution.

The new platform, designed to help pharmacies and other practitioners monitor prescriptions and patient data, is being developed using RxGov, a piece of software published last year by the government technology firm NIC.

Maryland officials told StateScoop the new platform, which is scheduled to replace an existing drug-monitoring system this spring, will help the state consolidate some of its databases and provide wider access to prescription data through integration with more of its electronic health records systems.

“We want data accessibility to be primary,” said Lindsey Ferris, a project manager with the Chesapeake Regional Information System for our Patients, or CRISP, the state’s health information exchange. “We want to be integrated with as many electronic health records as possible, and open access is key to that.”

Ferris said the existing drug-monitoring platform has allowed the state to provide widespread access to its prescription data. Access to data is available for free to physicians, nurse practitioners and pharmacists, although access via a health-records system comes with a fee, she said.

But the system could be more convenient, Ferris said. Upgrading to more modern software will allow the state to focus more on the front-end of the interface, rather than manage overlapping databases, and could provide a more convenient option for practitioners, she said.

“In our original design, we had a different vendor collecting the data and sending it to us and CRISP was maintaining the database,” she said. “Workflow and boosting utilization is a big topic right now.”

Prescription drug monitoring programs like Maryland’s are designed to provide pharmacists and others dispensing controlled drugs with more information about their patients and also provides agencies like the state Health Department with actionable data in the face of rising opioid overdose rates.

NIC’s Doug Rogers said Maryland’s new system will make the data being served to medical practitioners cleaner and more accurate. Snags in data like typos and people with nicknames are notoriously troublesome in traditional databases. NIC says its software has technology to help spot those differences.

A study published Friday by Massachusetts General Hospital shows that rise of opioid addiction starting in the 1990s has shifted away in recent years from legal prescription medications and toward illicit drugs. Black-market manufacture of fentanyl, in particular, has precipitated a drastic rise in deaths, the report reads.

“If we rely solely on controlling the supply of prescription opioids, we will fail miserably at stemming the opioid overdose crisis,” the article reads.

“It’s one of many solutions that need to be put into place,” Ferris said. “It’s not the silver bullet. There is no silver bullet.” 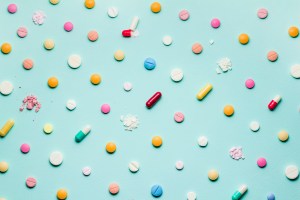