The new tool, called the Integrated Drug Awareness Dashboard, will initially be used by officials from various law enforcement and public safety agencies to exchange and analyze opioid-related data, with eventual plans to expand access to public health agencies.

“We are ensuring that our law enforcement strategies are informed by the data,” Grewal said in a press release. “And we are doing it all by building partnerships with other state agencies, county and local partners, and the private sector.”

The announcement came alongside two other opioid-related announcements from Grewal’s office, including the expansion of a program called Operation Helping Hand, which pairs law enforcement officers with community health partners to engage addicts and others deemed at risk of drug addiction.

The state also announced a new partnership with Rowan University to provide a subsidized continuing education program for New Jersey’s health care professionals so they can more easily spot signs of opioid addiction and provide preventative treatments to their patients.

The dashboard has been in development since February 2018, when the state launched its Coordinator of Addiction Response and Enforcement Strategies office, or CARES, a body that coordinates “opioid response teams,” develops new technologies such as the dashboard and helps create policies to reverse the state’s opioid addiction trend.

New Jersey saw 1,969 drug-overdose deaths involving opioids in 2017, according to the National Institutes of Health, a 46 percent increase over the 1,347 deaths recorded in 2016.

Steve Kearney, medical director at SAS, the software company that designed the dashboard, told StateScoop the tool is one step toward a future in which government can take a more sophisticated approach to the problem of addiction.

“This is a step toward the state having alternative modes of treatment for drug offenders, rather than simply sending everyone to prison,” Kearney said.

“The biggest challenge is always ‘where is the data?'” he said. “There’s a tremendous amount of data, but how do you get the data so organizations can make good decisions? Providers will do that if you give them the information.”

The challenge in New Jersey’s opioid data environment is similar to the challenge seen in government more broadly: agencies operating on disparate systems have no easy way of exchanging information with one another.

Kearney said that although drug addiction is a complex problem, putting more data in the hands of those who need it is an important first step toward serving the state’s at-risk populations.

“Part of my mission is to look at the data they have and start doing true analytical work with it,” Kearney said. “We know this epidemic is much more complex. We need a 360-degree view of the individual.” 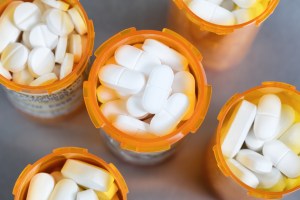