The business, called the Department of Civic Things, is Rebecca Woodbury’s first venture since departing San Rafael in January after 12 years with the city government. As the company’s founder and sole employee, Woodbury told StateScoop her business is designed to help small communities — primarily between 10,000 and 15,000 people — “demystify” their digital services, including everything from websites to permitting applications to 311 services. Woodbury will also help governments create the content, like press releases, staff reports and digital media necessary to populate their digital tools.

“A big piece of digital services is content and oftentimes that can be the hardest part of people navigating public services is understanding what they’re doing based on they’re explained,” Woodbury said. 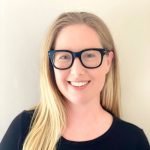 The firm will offer services to cities of any size that want to improve their digital strategy and workflow, Woodbury said, but she’s eager to see communities with less-complex systems get creative with technology.

“I’m particularly interested in working with small cities and the innovative things we can do in those environments that could potentially scale up and teach larger cities a thing or two about digital services,” Woodbury said. “Often the bigger the city, the more red tape and bureaucracy and harder it can be to try new things. That’s a generalization, but with smaller cities, and all of the lightweight, cloud tools and the change in technology, there’s a lot of opportunity to use … these tools in a cost-effective way.”

San Rafael, where Woodbury held several positions, including open government chief from 2009 to 2021, has a population of 60,000. But the impetus for starting her own firm was largely to teach other cities some of the lessons that she learned in navigating the tribulations of local government, like budget constraints, staffing shortages and communication with residents, especially throughout the coronavirus pandemic. Small communities have to take advantage of any process efficiencies they can find, Woodbury explained, which is why much of her work will be focused on improving workplace culture, not just on improving websites and forms.

“When the day-to-day is inefficient, then the larger, more complex challenges of the organization — there’s no time to work on those,” Woodbury said. “The pandemic forced government’s hand in a lot of ways to digitize, and in many ways there’s no going backward. This is the time for government to seize the opportunity in front of itself to become more digital.” 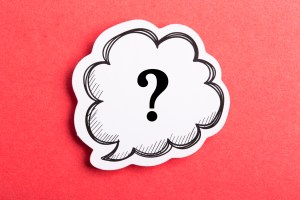