Within an executive order signed Wednesday by President Joe Biden that calls for government to put the climate crisis at “the center of U.S. foreign policy and national security” is a directive to assess the possibility of a federal geographic mapping service that could be used to support state and local governments.

The heads of the Federal Geographic Data Committee, which include the secretary of the Interior and the deputy director for management at the Office of Management and Budget, are ordered to develop a report on how such a federal mapping service could facilitate public access to climate-related information. The geographic information systems technology, the order states, would be used to assist federal, state, local and tribal governments in their climate planning and resilience activities.

Molly Schar, executive director of the National States Geographic Information Council, told StateScoop she was “pleased to see the value of GIS recognized,” but said it isn’t clear yet what role state governments might play in the creation of such a system or how they would use it.

“It’s an opportunity I think for us in looking for ways to collaborate with our federal partners on this important issue supporting a national priority,” Schar said.

In addition to the exploration of a mapping service, the order also directed several federal agencies, including the National Oceanic and Atmospheric Administration and the Department of Homeland Security, to issue a report on how to improve climate forecast capabilities for the public. The aim of that project, the order states, is to assist state and local governments in their own climate change mitigation efforts.

The order, which begins by calling the climate crisis “profound,” marks a radical departure from the policies enacted under the Trump administration, which withdrew the U.S. from the 2016 Paris climate accord and rolled back dozens of environmental regulations.

Biden rejoined the Paris agreement, which aims to keep the increase in global temperatures by the end of the century below 2 degrees Celsius, on his first day in office. The order he signed Wednesday aims to make “significant short-term global reductions in greenhouse gas emissions and net-zero global emissions by mid-century or before.”

The order also announced a climate summit, a reconvening of the Major Economies Forum on Energy and Climate, which last met in 2015, and the creation of a new Cabinet-level climate envoy, a role created for former Secretary of State John Kerry, who negotiated the Paris accord during the Obama administration.

Biden’s order aligns with scientific consensus that anthropogenic climate change is debated only in the degree to which it will affect rising sea levels, extreme weather conditions, droughts and wildfires in the coming years. Unmitigated air pollution at present levels could cause temperatures to rise above the preindustrial level by as much as 4 degrees Celsius by the end of the century. 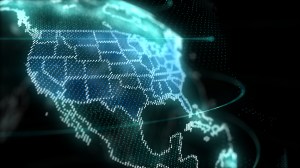