David Greisen is on an esoteric and ambitious mission.

As founder and chief executive of the Open Law Library, Greisen spends his days perfecting a digital platform that allows governments to publish their laws online. He’s guided, he said, by a mission to strengthen the rule of law and preserve legal documents that many lawyers and law librarians today worry are blinking out of practical existence as old websites are revamped, digital content moved and hyperlinks broken. 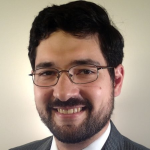 “Law touches on so many aspects of our lives,” Greisen said. “So making the law accessible to everybody impacts a huge number of things, including access to justice. If you can’t afford an attorney, having access to the laws is better than nothing.”

Since taking on the District of Columbia as its first client in 2014, and launching the city’s online municipal code platform in 2018, the Open Law Library has also published the legal codes of San Mateo, California, and the Pueblo de San Ildefonso tribe near Santa Fe, New Mexico. By learning the quirks of three very different local governments, Greisen said his group is ready to begin taking on new customers.

There are other municipal code publishing platforms, such as those offered by companies like Municode and Quality Code Publishing. But the Open Law Library is distinguished by Greisen’s enthusiasm for preserving the world’s laws in a manner designed to be practical to maintain over long periods. Greisen said he’s considering making part of his nonprofit a for-profit enterprise so he can better compete, but for him, the mission comes first.

“His attention to detail is incredible and it does show that he really cares about this,” said Patrice Olds, San Mateo’s city clerk. “It’s that whole thing that everybody has a talent and there’s a right job for everyone. Having someone who cares about this and understands how important it is for it to be accurate and has figured out ways to improve that accuracy and that transparency — which is what we’re all reaching for — is pretty wonderful.”

Initially, Olds wasn’t excited about the project when Open Law Library approached the city clerk and eventually launched a pilot in summer 2018. The city’s code was already online using another company’s software, and while she wanted the city to recodify its complete legal code, which it hadn’t done for decades, she viewed that as a separate project. But she became a convert after seeing saw some of Open Law Library’s features, such as its automated tools and templates that allow new laws to be standardized as they’re worked into the city’s published code, or the ability for users to privately share legal opinions with each other. San Mateo went live on Open Law Library last summer.

“I think it’s a good practice to every ten years do a complete recodification,” Olds said. “No one really does that because they don’t have the resources, but if we approach it this way and clean it as we go, maybe it takes three or four years, but we get the end-result we’re looking for.”

Beyond solving the recodification issue, she said the software also contains several “very modern tools” that simplify her work, which often involves doing research for land developers. Those features include allowing users to view historical versions of the city’s code and to view red-lined versions of the code that show how it was changed between any two dates selected by the user. Those features, along with inline cross-references, which can point to other parts of the code, the ordinances that spawned the laws or even to state laws, are also “really cool,” Olds said.

“That just makes historical research so much easier,” Olds said. “You can compare documents and compare with the previous version. That’s incredibly powerful.”

The code also looks better now, she said, thanks to template tools that standardize all the little things the city never bothered to tidy up.

Not all municipal code platforms have such a commitment to detail. Joan Diskin, the city’s deputy clerk, said the city has long known its charter needed to be updated and that its ordinances were “all over the board,” but that their previous vendor did little to solve those issues.

“We had all kinds of indentations, all kinds of enumerations,” Diskin said. “We wanted a clear template. [Open Law Library is] totally creating an environment where we will have a perfect template that they are following. The previous codifier was just taking what we gave them and regurgitating it on the web.”

Diskin admitted the project was a little “painful and slow going” at first as the city clerk’s office and city attorney’s office slogged through discussions about indentation and capitalization, but it paid off, she said.

“They’re really stepping up our game here in how we look to the public,” Diskin said.

“Rather than getting up and walking to the library to get a big bulky copy, we access it through our computers,” Mason said.

From the ground up

The Open Law Library is also designed for mobile devices, and though responsive design is now widely taken for granted, many government websites are still not mobile-friendly. Greisen said his favorite story about his software came from a D.C. lawyer who said he was able to access the city’s municipal code from his smartphone while preparing with a client 10 minutes before meeting with a judge. It’s impossible to pinpoint how that changed the course of his client’s case, but Greisen’s work is providing access to information that is potentially changing legal outcomes.

It’s that sense of service and duty that pervades Greisen’s work and what separates the Open Law Library from a company with a profit motive. He’s striving to build software as sturdy and everlasting as America’s institutions themselves.

Much of the group’s recent software development was spent with reliability and longevity in mind, on a tool Greisen calls the “authentication, authorization and preservation platform.” For a local government to publish its actual legal code online — not just an an authoritative but technically unofficial version, as is still the case for the District of Columbia — it must conform with the Uniform Electronic Legal Material Act, a standard designed by the nonprofit Uniform Law Commission, that the group says establishes “the same level of trustworthiness traditionally provided by publication in a law book.”

The standard requires some form of authentication to show the law hasn’t been altered, and that the law is “preserved” and “accessible” for public use on a permanent basis.

“We built from the ground up this platform so that it is possible that when you publish a law that there’s a whole audit trail,” Greisen said. “The full audit trail is now cryptographically secure with smart cards.”

Many local governments use the HTTPS protocol on their websites, but Greisen says that’s nowhere near sufficient to prove that what’s being viewed is the official law, signed by the government. The new platform also includes the aforementioned historical versioning functionality, which is required for legal posterity under UELMA.

Despite the thought that’s already gone into the Open Law Library, Greisen continually suggests new ideas, his customers told StateScoop, such as a feature that would embed a locality’s geographic information system directly into the platform, so the user can view an interactive map, rather than a static and degraded image of an old map.

Greisen also has hopes to take the Open Law Library abroad. A scarcity of available legal code in developing nations can discourage foreign investment, as investors shy away from legal uncertainty, opting instead take their business to countries where the law is more clearly defined.

But wherever the work of recording the law is done, he said, it’s important — however overlooked it may be.

“A lot of digital material is ephemeral and it would be nice to preserve it but it’s probably not the end of the world if you don’t,” he said. “But if you lose your laws… they could be applicable for decades, centuries in the future.”

This is part of StateScoop and EdScoop’s special report on user experience. Read the rest of the report. 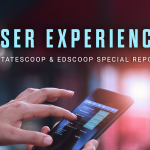 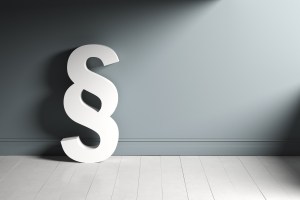 The Open Law Library is saving municipal code, one government at a time