New York City, home to the largest and busiest 911 system in the country, is on track to implement a next-generation 911 system in 2024 that can accept photos and videos from callers, according to an annual report released Thursday by the city’s Office of Technology and Innovation.

The new NG911 system promises to make New York’s emergency dispatch system digital and allow call-center operators to answer and route calls from any device with an IP address. Along with traditional phone calls and the current system’s capability of receiving messages over SMS text messages, NG911 will also be able to accept multimedia such as photos and videos from callers and integrate data from internet-connected devices, such as the city’s gunshot detection sensors and surveillance cameras.

An upgrade to New York’s computer-aided 911 system has been in the works since 2014, but it wasn’t until 2016 when NG911 became the future for the city’s emergency communications infrastructure.

The city’s chief technology officer, Matt Fraser, told StateScoop Wednesday that upgrading from the “legacy, copper-based technology” will improve the 911 system’s resiliency, especially when it comes to dealing with natural disasters, power failures and disruptions like COVID-19.

“When I say copper, I mean when you dial 911 today, a lot of the technology is physically located in two facilities. And because of the limitations around the technology at the time we put in, we have limited flexibility in terms of how we can swing operations,” Fraser said. “[The digital service] gives us, operationally, the capability to move services wherever we need to and reestablish our operation wherever is best suited for the operation versus being tied to physical facilities.”

Along with the current system’s physical limitations, there are several impediments to gathering information that NG911 is expected to eliminate. By allowing for the receipt of photos or videos from callers to 911, Fraser said the new system will add a new layer of context to emergency situations that otherwise wouldn’t be possible.

“So let’s say something’s happening on the scene, someone is trying to describe it and they describe what the person looks like, their path of flight. You’re limited to someone’s verbal description. Imagine how powerful it could be if someone sent a video or a picture of the person that either committed the act, the person that’s in distress, or the person that was a victim so that when you got to the scene, you knew specifically who you were looking for,” Fraser said.

NG911 could also pull from a network of cameras and sensors — such as ShotSpotter gunshot detection systems — that are installed across the city for additional context. Fraser said the system has the potential to narrow down any surveillance cameras that are in the area where an incident is detected and rewind them by 30 seconds, allowing officials to review the footage.

“Now imagine that for every 911 call if we had that sort of context where we could enrich those calls with all the other information that we have across the city, how much more meaningful and how much more quality they could get in the response by doing that,” Fraser said.

Tackling implementation of next generation 911

According to the report released Thursday, OTI said it has hit several milestones this year in implementing NG911. This included building, configuring and testing all of the system’s programs on a new digital service called the Emergency Services IP Network, or ESInet.

Fraser added that all of the services in use by the existing 911 system, such as GIS mapping and call logging and recording will remain as they are for now. But he said they will eventually migrate to the NG911 digital framework to allow for greater interoperability between the technologies and responding agencies such as the New York Police Department and the New York City Fire Department.

And while the need to upgrade existing emergency communications infrastructure on both the state and local level has become a national priority, the federal funds to make it happen stagnated last year. President Joe Biden’s original 2021 draft of the Build Back Better Act included $470 million in grants for nationwide upgrades, but those ambitions stalled out when Biden’s agenda demised in the U.S. Senate.

Still, many states and cities have taken on 911 upgrades themselves. While many such as Iowa, Delaware, and New Jersey, have already tackled implementing text-to-911 systems, others are going further in moving toward next-generation 911 solutions. Pennsylvania, which last month chose the public-safety tech firm Mission Critical Partners to implement its emergency communications upgrade, is funding the project through the commonwealth’s emergency management agency.

New York City’s upgrade will be paid for with a mix of tax revenue and the city’s capital projects fund over the next four to five years, Fraser said, though he said he hopes the city receives state or federal subsidies to offset those expenses.

The next-generation 911 system is expected to cost $286 million, according to the city’s capital projects dashboard.

As with any IP-based system, the risk of cyberattacks looms large for NG911, which could be vulnerable to threats like ransomware. Transitional systems — those with some legacy technologies and some NG911 components — have a “very broad attack service,” experts have claimed. Fraser said a large part of New York’s implementation process has included penetration tests, application code reviews and vulnerability scans.

“The way we look at any application that comes out is we look at it from not from an ideal state, but from its most compromised,” Fraser said. “So when we look at cyber vulnerabilities, you have to understand that we always plan for worst case. And we’re always cognizant of the fact that every day there’s another vulnerability that pops up. So the best offense is a good offense, and that offense is good hygiene.”

Fraser said patching vulnerabilities, updating systems and staying abreast of new mitigation and detection tools are all essential to getting the next-generation 911 system online in the next two years. 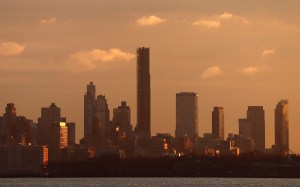