Memphis, Tennessee, Mayor Jim Strickland said last week that getting agency heads to be competitive with with how they use data helped brace his city for the COVID-19 pandemic.

Strickland’s made data a priority since he took office in 2016, with Memphis receiving a “gold” certification from What Works Cities earlier this month. A citywide policy of monthly, data-driven meetings in which agency directors are encouraged to share data with their colleagues and then post it to the city’s open-data website. City officials are aware that their agency performance will be publicized internally and externally, Strickland said, which encourages everybody to step up their game. 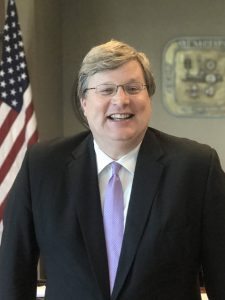 “What we’ve learned in five-and-a-half years in office is that data builds trust in the public, whether it’s good or bad data, and whether it’s about performance of city government or how we’re providing services or, in the case of the pandemic, how we’re responding to the pandemic,” Strickland said. “If we have open communication with the public — and we did — they were more willing to accept masking, and in Memphis, masking became a norm at the end of June last year.”

Even before the pandemic, Strickland said, agency officials were keen on not being one-upped by each other during monthly performance meetings, like at one meeting when data showed the city’s finance division was slower to pay its vendor contracts than other agencies. He said the city’s chief financial officer at the time vowed to change that by the next month’s meeting. And he did, Strickland said.

But as in many cities at the onset of the COVID-19 pandemic, however, not every agency head in Memphis had completely bought in to data analysis. The city launched a task force in March 2020 that included city officials, officials from the surrounding Shelby County and leaders from schools and hospitals, but Strickland said there were at first varying levels of ability and confidence in data. The task force eventually changed that, he said.

“When you’re trying to lose weight and get on the scale every morning, that’s truth telling,” Strickland said. “It can be very sobering. And when you put up data, that alone will improve performance. Because the people who aren’t measuring up see it in front of their colleagues, mayor and bosses and their competitive nature comes up.”

The city used COVID-19 data, he said, to help slow the spread of the virus; health data, broken down by ZIP code, was key to identifying which regions of the city were the most hesitant to take the vaccine, guiding the city on where to direct door-to-door outreach and vaccination clinics.

Strickland told StateScoop he’s had a love for data since he was a kid reading statistics on the back of Cincinnati Reds baseball cards, but being elected Mayor in 2016, “when there were so many outside resources available to help us become a data city,” played a huge role in helping Memphis attain its gold certification from What Works Cities, a civic-tech philanthropy funded by former New York Mayor Michael Bloomberg.

“What What Works Cities does — compare us to Louisville and Austin and all these other cities that do a really good job with data — we’ve raised our game,” Strickland said. 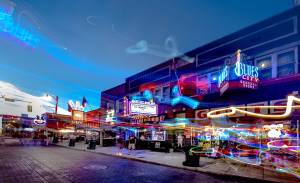