Discussing the impact of COVID-19 on data collection and sharing, the data officers shared their concern that dashboards, such as those created to show the number of positive COVID-19 cases in a specific region, aren’t sustainable in the long-term.

“At the beginning of COVID, we built countless dashboards, everyone wanted some kind of dashboard,” said Justin Elszasz, chief data officer of Baltimore. “If you look now, you’ll find most of those dashboards now, they are defunct or not being used, or both.”

Rather than asking data officers to create dashboards, Elszasz suggested city leaders instead ask for help using data to make policy decisions, and that they take advantage of their data officers’ knowledge and experience.

“Data science is only 15 or so years old, everyone has come into this from different disciplines, a lot of those folks are not necessarily [from STEM backgrounds], it’s policy, it’s economics, you’ve got a brain there that can help you make decisions, not just maintain dashboards,” Elszasz said.

In Louisville, Kentucky, city staffers are in the process of sunsetting the COVID-19 dashboard they developed in 2020, said Grace Simrall, the city’s chief of innovation and technology.

The decision to retire the COVID-19 dashboard came when Simrall and her team realized that a “mismatch in timing” between the city’s data and a county-level set published by the Centers for Disease Control and Prevention was causing confusion. That rendered the city dashboard no longer worthwhile, she said.

“If our school districts, if journalists are going to be looking at the CDC dashboard, it is time for us to sunset — it’s served its purpose,” Simrall said. 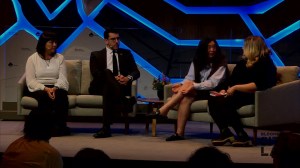