Kansas Gov. Laura Kelly said Wednesday that Lee Allen, who had been Kansas’ chief information technology official since July 2018, has stepped down from the state government. In his place, Kelly said she is appointing DeAngela Burns-Wallace, who recently started as the secretary of administration, to also serve as the the state’s top IT official.

“Secretary Burns-Wallace has the leadership skills and executive experience necessary for a successful Chief Information Technology Officer to possess,” Kelly said in a press release.

Allen, who spent nearly nine years total as an IT executive in Kansas’ state government decided to leave the agency, the press release read. He had previously been chief information officer of the state’s human service’s agency before taking the top IT role. 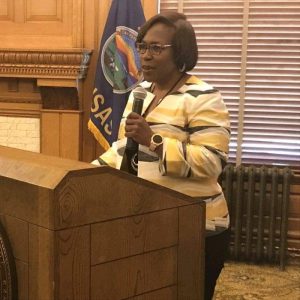 Burns-Wallace, a former vice provost at the University of Kansas, was named in July to run the Department of Administration, which includes the state government’s finance, personnel and procurement divisions. The Office of Information Technology Services, which Burns-Wallace will now lead as well, was previously part of the Administration Department but became an independent agency under Gov. Sam Brownback. But the governor’s office noted the two agencies continue to work closely because the IT reorganization Brownback initiated off in 2011 was never completed.

Allen lamented in a recent interview with StateScoop that Kansas’ IT consolidation process had dragged on for nearly a decade, saying that it had frayed OITS’s relationships with its customer agencies.

“This is the baggage we get with a decade or more dealing with consolidated IT,” he said, noting that he spent much of his first year on the job trying to mend those relationships.

The interview followed the release of a legislative audit of the consolidation process. The audit contained complaints from agency heads that OITS assuming control of their IT operations could impede their overall missions, though Allen said those concerns stemmed from previous consolidation attempts when communication between OITS and other agencies was murkier.

“They struggled in the past to identify stakeholders and get them to the table and I’m doing everything I can to not make those same mistakes today,” Allen said.

Allen was a rarity among state CIOs in staying on after a gubernatorial transition that saw power transfer between political parties. Initially appointed by Republican Gov. Jeff Colyer, Allen was asked to stay on in January after Kelly, a Democrat, was sworn in. At the time, Kelly praised Allen as part of a “strong group of leaders” implementing her vision for Kansas following eight years of GOP control.

Kelly acknowledged the consolidation process’ growing pains, but said they were the fault of Brownback — who was governor for seven-and-a-half years before accepting a diplomatic post in the Trump administration — and Colyer rather than Allen.

“The relationship OITS has had with the rest of state government has been challenging, and communication between the agency and its customers has been difficult,” she said in the press release. “This was not the fault of the agency’s previous leadership. It is, however, a direct result of the fact that the previous administration split OITS from the Department of Administration and then failed to properly support the move, convey its mission and get buy-in from the rest of state government.”

In naming Burns-Wallace to lead Kansas’ IT operations, the governor pointed to the rising threat of cyberattacks against state-government technology infrastructure.

“Our state’s computer systems are vulnerable to both domestic and international security threats,” Kelly said in the press release. “Secretary Burns-Wallace understands these threats and will ensure that our state’s infrastructure is prepared to handle them and keep Kansans’ information secure.”

Burns-Wallace, who could not be reached for comment, has a background in international relations and higher education. Before the University of Kansas she was an administrator at the University of Missouri and Stanford University. Her career in academia followed six years with the U.S. State Department, including postings in China and South Africa.

“I believe in public service and I look forward to working with Governor Kelly, the Legislature and the OITS and Department of Administration teams to serve the people of Kansas,” Burns-Wallace said, according to the press release. “We must ensure that the state has the IT systems in place to conduct its daily business and maintain the safety and security of our data in today’s ever-changing and interconnected world.” 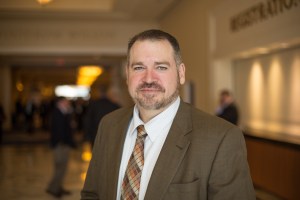