When states make the decision to move away from legacy infrastructure, using a trusted integration partner is a reliable way to get the most valuable recommendations to move forward.

The State of Washington’s Health Benefits Exchange (the Exchange), decided to move away from its aging API management tool, and they leaned on Deloitte to evaluate and integrate a new open-source solution — Red Hat OpenShift API Management, according to a recent white paper. 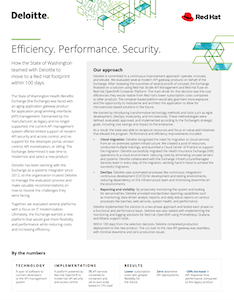 “The main driver for this decision was the cost efficiencies [the Exchange] would realize from Red Hat’s lower subscription costs compared to other products,” said the report, produced by Red Hat and Deloitte.

Within 100 days from the selection decision, the new API management tool was deployed seamlessly and with minimal downtime.

Shifting to a container-based platform also gave the Exchange the opportunity “to modularize and architect the application to allow for microservices-based solutions in the future,” according to the white paper.

The state was also able to recapture resources in order to focus on other value-add initiatives that brought other performance and efficiency improvements, including:

“Under the legacy platform, the Exchange experienced approximately two hours of downtime per release for API deployments. With the new Red Hat OpenShift platform there is zero downtime for these deployments. The new gateway product offers higher security, and automatically scales containers up or down based on pre-defined rules in OpenShift,” explained the report.

Learn more how a combination of open-source technology, industry experience and DevOps methodologies can accelerate innovation and reduce IT complexity.

This article was produced by StateScoop for, and sponsored by, Red Hat. 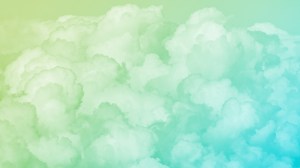 How State of Washington is modernizing for a cloud-native world