A little-known software company that alarmed state chief information officers last year with a mostly unsuccessful nationwide lobbying effort promoting legislation that would’ve required IT contractors to use invasive tracking software is trying to take advantage of the recent surge in government telework — brought on by the COVID-19 crisis — by reaching out to governors with the offer of free licenses, according to documents obtained by StateScoop.

In recent weeks, Alex Konanykhin, the founder of the company, TransparentBusiness, has emailed multiple governor’s offices around the country as state employees have responded to the need to implement social-distancing efforts by working from home en masse. In the messages, Konanykhin offers a product promising some measure of worker accountability, while also promoting a belief that his company is only one or two big government contracts away from becoming one of the most valuable tech companies in the world.

“Dear Governor, Preparedness to facilitate remote work is essential for minimizing the damage to [state] should the COVID virus require a decision to require work at home, thereby eliminating unnecessary commutes by state employees,” reads one of Konanykhin’s emails, the recipient of which was redacted. “To assist you in your efforts to minimize the risks to the State of [redacted], its residents and its economy, I’m hereby offering the State a one million dollar donation in licenses for our TransparentBusiness platform.”

According to Konanykhin, aggressive tracking software like the kind his firm makes is necessary to ensure that contractors — and now full-time employees — fulfill their work agreements with governments. Under the language in the bills TransparentBusiness pushed in statehouses last year, IT contractors would’ve been required to install monitoring software that collects a screenshot every three minutes and logs all keystrokes and cursor movements, and stores that information for at least seven years. As it would happen, that’s what TransparentBusiness’ flagship application is capable of doing. The bills also stipulated that the contractors themselves, not governments, pay for the software.

But CIOs — and trade associations representing the industries that government tech agencies work with — pushed back against the bills, saying it would jeopardize the security of data that contractors work with and possibly undermine government tech contracts altogether. And an ongoing health crisis that’s upended the way government functions hasn’t changed those concerns.

“They’re essentially taking advantage of a crisis,” said Doug Robinson, the executive director of the National Association of State Chief Information Officers. “We expected the day they’d make a move. They’ve got some seasoned and smart people working in their government affairs shop.”

‘We wanted to remain vigilant’

Even though TransparentBusiness’ lobbying blitz last year was fruitless, NASCIO and its partners in the tech industry said they expected TransparentBusiness to make another run, though the outbreak of the novel coronavirus added a twist.

“We saw a number of states where the bill from the last session were reintroduced,” said Sarah Matz, the state government affairs director for the Computing Technology Industry Association, or CompTIA. “When COVID hit, we worried now that legislatures were postponing sessions or moving quickly that now would be the time to sneak something in. We wanted to remain vigilant.”

While Matz said CompTIA had been paying particularly close attention to New Jersey and Rhode Island, the two states where TransparentBusiness’ 2019 lobbying came closest to paying off, Florida set off an alarm last month when the state’s Department of Management Services, which includes the IT division, posted a request for information about “independent contractor tracking systems” that could be used across the state government’s 34 agencies.

But the RFI was canceled three days later, Matz said, after CompTIA approached the department about the tech industry’s objections to contractor monitoring.

“We’re worried unscrupulous folks are taking advantage of COVID,” she said. “We don’t want states to panic and buy software they don’t need.”

In an email to StateScoop, Konanykhin wrote that he reached out to the governors of New York, California and Massachusetts, where his company has employees, and said “not to my knowledge” when asked whether his company had also contacted Florida Gov. Ron DeSantis. The Florida Department of Management Services did not respond to questions about the canceled RFI.

In addition to the privacy concerns, CIOs and vendors say software like what TransparentBusiness offers is an ineffective way of ensuring people are doing their jobs.

“The bigger concern is how do we manage people?” said Gordon Bitko, the senior vice president for policy at the Information Technology Industry Council, and a former CIO of the FBI. “You get more out of measuring outcomes than tracking individual keystrokes and screenshots and how the mouse moves. When I was a government executive, we hired contractors not to do those repetitive things, but to solve problems creatively.”

Rather than collecting screenshots and measuring typing speed, Bitko said holding regular development meetings and offering performance incentives are better ways for government agencies to keep IT vendors on track.

“If you’re in some assembly-line world, which is not what most people sitting at computers are doing, you can measure how many cars came off the line,” he said. “If you’ve got a customer support agent, if all you’re doing is measuring keystrokes you’re kind of measuring the wrong thing. What you want to do is understand the problem and fix it. That could take two minutes or 20 minutes.”

Bitko also reinforced the myriad security questions the use of TransparentBusiness could create: “I don’t understand how all sorts of [state-government] data — motor vehicle data, Medicaid records, voter records — is going to be captured because some worker is looking at it when a screenshot is taken,” he said. “Usually there are very specific rules about who has access to that data.”

Konanykhin pushed back, accusing groups like ITIC, CompTIA and NASCIO of trying to evade scrutiny.

“These false statement usually come from parties which want to avoid transparency,” he said. “Our security is unparalleled in [software-as-a-service] business: we don’t even get access to data, unlike other SaaS companies, as data captured on workers’ computers can go straight to their corporate server, behind their firewall, never passing through us.”

Robinson has a theory to explain why Konanykhin is so critical of groups like NASCIO: “He remains agitated and aggravated at us for derailing his cash cow train.”

TransparentBusiness’ previous lobbying efforts claimed that state governments imposing its tracking software on their contractors would give investors exponential returns eclipsing the likes of Uber and SalesForce. Konanykhin’s overture to governors struck a similar note, including a link to the company’s latest pitch deck, a 110-page document titled “A unicorn investment opportunity in the time of pandemic and recession?”

According to the document, TransparentBusiness plans to hold a private offering to accredited investors on May 1 of 5 million shares priced at $2 each, to help it become the “default tool” for monitoring remote work by governments and businesses alike. Konanykhin told StateScoop that offering would give his company a $140 million valuation, with a goal of raising at least $325 million before it goes public.

“Four billion people have been ordered to stay home due to the pandemic and executives of many corporations are discovering that managing remote workers blindly is like conducting an orchestra without seeing or hearing the musicians,” he said. “We have a solution.”

But so far, TransparentBusiness hasn’t taken hold in any state government. Konanykhin celebrated his company’s inclusion on a list, published by the California Office of Business and Economic Development, of technology firms offering free or discounted services to small businesses. But the list states it’s intended only for “the information and convenience of the small business community,” and that inclusion on the list does not imply endorsement by the state government.

“I think that tells you what you need to know,” he said. 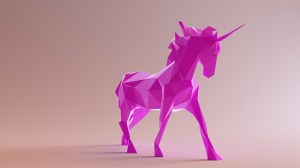