Editors Note: This story was updated to include photos from the awards reception (below).

The votes are in and StateScoop is pleased to announce the winners of the 2015 StateScoop 50 Awards, which honor the best and brightest who make state and local government more efficient and effective. 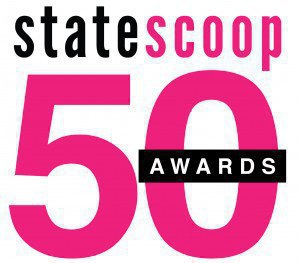 “We are thrilled to recognize the extraordinary accomplishments and innovations of the top 50 state IT leaders from government and tech who are making meaningful contributions to their organizations and communities,” said Goldy Kamali, CEO of Scoop News Group, publisher of StateScoop and its affiliate website FedScoop.

This year’s winners, which includes IT leaders and initiatives from California to Maine, were selected from the 100 top-ranking nominations submitted across six categories by the readers of StateScoop earlier this year. Readers were asked to identify visionary leaders, programs and rising stars that best highlight the transformational changes being made in state and local government.

Approximately 10,000 individuals from the state and local IT community across the U.S. logged on to StateScoop.com to cast their votes from late March to mid-April to determine this year’s StateScoop 50 Awards winners.

“My team and I were delighted by the tremendous response in terms of the number of nominations and the number of votes we received from our readers,”  Kamali said.

The winners were honored at a special reception held Monday evening during NASCIO’s midyear conference at the Hilton Alexandria Mark Center in Alexandria, Virginia. (View pictures from the event, below.)

Innovation of the Year 2015

More than 150 state CIOs, IT officials and industry executives turned out for the StateScoop 50 Awards reception.

CISA publishes cyber toolkit for election officials ahead of midterms

by Benjamin Freed • 1 day ago
State

by Benjamin Freed • 2 days ago
State