After four successive quarters of declines, procurement activity by state and local governments and school districts is growing again, according to a new report released this week.

The swing toward positive growth “hints at further improvement into 2016,” for the so-called SLED (state, local and education) market, and contractors who support it, the report said.

Leading the overall uptick in procurement activity in the latest quarter was K-12 school districts and community colleges, posting a 3.1 percent increase – the first year-over-year quarterly gain since the beginning of 2014.

State agencies, on the other hand, saw a 3.3 percent decline in quarterly contracting volume, extending a string of quarterly declines that began in the fourth quarter of 2013.

A deeper dive into the numbers showed that IT and telecom contracting activity spiked in the third quarter, with an annual rate of? growth of 4.5 percent overall, and a 7.8 percent surge among state government agencies. Technology bids and RFP activity was driven by an 18 percent increase in consulting work and a 5 percent increase for software, according to the report.

This positive growth rate is seen as an encouraging development, “given the continued adoption of cooperative purchasing agreements over the past year, which generally decreases bid volumes,” the report said.

States in particular have taken steps to streamline and automate their procurement processes, consolidated systems and the contracts to service them, and join forces with other states through co-operative purchasing programs.

The results were also significant in light of the number of state governments — pegged at 22, according to an Associated Press report — facing budget deficits heading into the 2015-2016 fiscal year.

“It’s exciting to see an increase in state, local and education (SLED) bid and RFP volumes for the first time since [the second quarter of 2014.],” stated Onvia’s State and Local Procurement Snapshot Q3 – 2015 report. “While an increase in opportunity volumes doesn’t necessarily mean increased spending, it is good news for government contractors who can expect more available opportunities.” 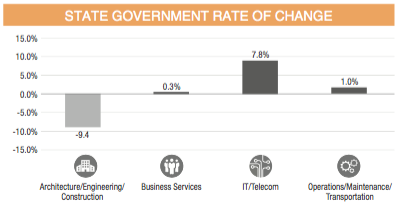 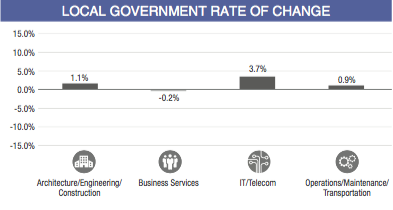