San Antonio officials said Tuesday that their “smart city” vision revolves around inclusivity, with community engagement and resident feedback playing a major role in shaping a strategy that’ll be released later this year.

He said San Antonio already has a data-sharing agreement between nine public-sector entities, including the city’s transit agency, water authority and electric utility.

“I’ll speak about our team’s vision and that’s to position San Antonio on the leading edge of digital innovation in government and provide a seamless experience where all current and future residents are able to thrive, are heard and have opportunity,” Geoffrey Urbach, San Antonio’s smart city senior manager, said at the event in an earlier panel.

San Antonio’s forthcoming strategy is the product of more than 20 community events, as well as resident and city employee surveys, totaling more than nine months of engagement, Urbach said. The city worked with a local architecture firm, Able City, to gather resident feedback and used a demographics tool called the Equity Atlas to ensure that residents in underserved communities were reached.

“We had kiosks so that people who couldn’t make a community meeting could access the kiosk in their own time and provide feedback,” he said. “That’s a constant challenge — how do you make sure you’re truly getting that representative voice of your community?”

Urbach said the strategy will be used to help San Antonio’s innovation office prioritize the issues cited most frequently by residents. Some issues covered by the survey include housing affordability, food security, internet access, public health, public transportation and infrastructure.

According to a city spokesperson, the strategy is expected to be published in early spring and will be officially launched at the Smart Cities Connect conference in Denver in May.

“We’re really excited about the work that we’ve put into this roadmap, and we’ll be sharing in the spring how we’ve connected those needs to real projects and challenges that we can solve for our communities,” Urbach said.

Corrected Jan. 27, 2023: City officials provided minor corrections for accuracy — such as that the city held more than 20 events, not 30 events. These changes were made to the story after publication. 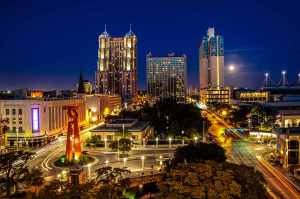