“Shawn embodies the term ’transformational leader,’ and the positive impacts of his leadership on innovation, technology, and cybersecurity will be felt in North Dakota Information Technology and across our state for years to come,” Burgum said in a press release. “We are deeply grateful for his service to the state of North Dakota.”

Deputy CIO Greg Hoffman will serve as North Dakota’s interim CIO and lead the North Dakota Information Technology department while the state searches for Riley’s replacement, according to the release. Riley’s resignation is effective Dec. 2.

During Riley’s tenure, North Dakota became the first state to authorize a shared-service approach to cybersecurity across state government, operating a network that now has more than 250,000 daily users across 400 public entities. North Dakota was also the founding member of the Joint Cybersecurity Operations Command Center.

Bitzero International is converting a former anti-ballistic missile site in northeastern North Dakota into a cryptocurrency mining center. Bitzero, which is partially backed by “Shark Tank” co-host Kevin O’Leary, has also said it intends to become an assembly and distribution hub for advanced car battery technology. 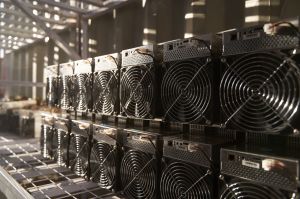