The Federal Communications Commission still has work to do to implement recommendations made by the Governmental Accountability Office in 2018, according to a report published by the GAO on Thursday.

The report sought to assess the progress that the FCC and the Rural Utility Service, a USDA program that provides infrastructure upgrades to communities, have made in expanding broadband access, especially in rural areas. While the report commended the FCC for planning to institute a more accurate data-collection method this summer, the agency hasn’t fully implemented three recommendations made by the GAO in 2018 report to improve broadband access on tribal lands.

The FCC was instructed to develop a method for more accurate data collection specifically on tribal lands, a formal process to collaborate with tribal leaders on where they think broadband data is inaccurate and to seek feedback from tribal stakeholders on the efficacy the FCC’s previous communication with tribes.

The report also critiques the FCC’s broadband coverage data, gathered through an inaccurate methodology that allows telecommunications companies to submit estimates of their coverage areas based on census blocks.

“We found that these data overstated broadband access, especially in tribal lands, and recommended that FCC take actions to improve these data. FCC concurred with the recommendations and has begun taking action, but the agency has not yet fully implemented any of the report’s three recommendations,” Thursday’s report read.

On Wednesday, FCC Chairman Ajit Pai said the agency would vote on implementing the new data collection method at its next public meeting in July.

The Thursday report, which was conducted between November 2018 and May 2020, also urged the FCC and RUS to continue sharing information about which parts of the country receive broadband service and which do not, to allocate federal funding to where it’s needed the most. Rural areas of the country, which may be less densely populated and thus divided into larger, error-prone census blocks, lagged behind urban areas in broadband access between 2012 and 2018, according to the FCC’s broadband availability report. 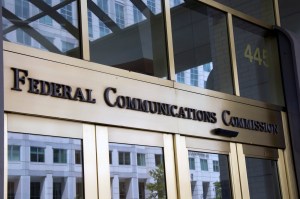