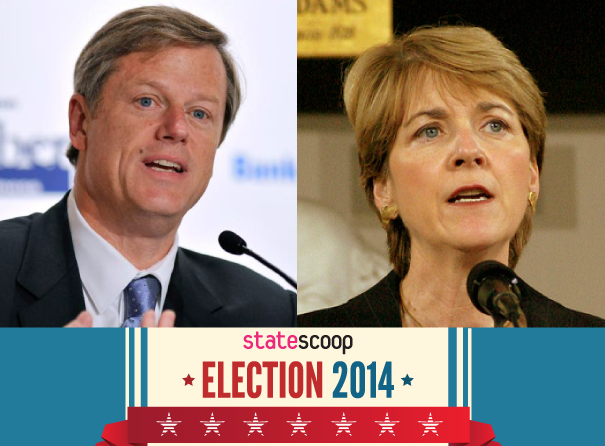 Eight candidates — two Republicans, three Democrats and three Independents — are vying to take over the governor’s mansion, which will be left vacant by incumbent Gov. Deval Patrick, a Democrat who declined to run for a third term.

The winner of the contest will take on a state IT system that has seen troubled times over the past few years. Last fall, the state came under fire for an unemployment system that came in $6 million over budget and two years behind schedule. In addition, the state legislature has allocated less money for the state’s IT projects than Patrick’s budget called for.

Bill Oates, the commonwealth’s chief information officer,  has only been on the job for seven months but could very well lose it in five months if the winner of the gubernatorial bid does not keep him on board.

Despite the eight candidate spread, an early-July analysis by RealClearPolitics showed that the race will likely be between current Democratic Attorney General Martha Coakley and 2010 GOP gubernatorial nominee Charles Baker.

Neither Baker’s nor Coakley’s campaign responded to StateScoop’s requests for comment on the status of the commonwealth’s IT systems by publication time.

However, Mark Fisher, a business owner and GOP challenger for the race, said the state hasn’t had a good history of implementing and using the commonwealth’s “state of the art” IT systems.

“The unemployment insurance system ended up costing $6 million more than forecast, and was two years late,” Fisher told StateScoop. “These issues are typical of government-run programs. To change this, I will bring accountability to these programs by enforcing design/build rather than cost/plus contracts.”

Independent candidate Evan Falchuk agreed with Fisher’s claim that the state has had failures in management and execution of IT projects and criticized the millions of dollars misspent on failed projects.

“The next governor has a responsibility to ensure that the kind of accountable management of IT projects that is commonplace in the common private sector is implemented in state government,” Falchuk said.

Falchuk also commented on the relatively new status of Oates as CCIO and said how, if elected, he would handle the consolidation of IT.

“My goal with the IT budget and the CCIO’s office are to improve the way the commonwealth’s IT procurement processes, improve the customer experience for state websites and use IT to automate, simplify or eliminate manual processes that create inefficiency, bureaucracy and frustration with the state government,”Falchuk said. “Above all, leaders in our state government need to think of voters as customers and see their job as providing the best customer service possible.”

Before candidates face off in the general, the field will likely be narrowed significantly in the Sept. 16 primary election. Theoretically, nonpartisan candidates could still enter or withdraw from the race – the deadline for filing with the state’s registrar of voters is July 29, while the deadline for filing with the secretary of commonwealth is August 26.

Massachusetts is one of the 21 states that uses a mixed primary system, which allows unaffiliated voters to vote in the primary on any ticket they choose.