There are only a handful of states without a strong centralized office for geographic information services, and soon Florida will no longer be one of them.

After a recent legislative contest that could have ended the existence of the technology office itself, the Agency for State Technology not only continues on, but does so with dollars to fund new geographic information officer (GIO) and chief data officer (CDO) roles. The positions are intended to bring new rigor to an attempt first volleyed before AST was founded in 2012. There hasn’t been a centralized GIS effort in the state since then, but a GIS workgroup under AST went a long way to convincing the legislature that it was finally time to formalize the role of spatial data in the state.

Eric Larson, Florida’s chief information officer and executive director of AST, told StateScoop the state is prioritizing replacement of its chief information security officer — Danielle Alvarez left the state for the private sector in June — before hiring its first CDO and GIO within the next couple months, but that the hires represent new opportunities for the state.

Whether the new roles will be enough to bring stability to Florida’s state technology office isn’t yet clear — but Larson said he’s hopeful.

Why is Florida establishing a GIS office?

One of the things that we’ve lacked for quite some time is a formal single point of contact for GIS, which is necessary for the federal government to give any type of federal grant. In lieu of that, we originally created a workgroup of GIS expertise throughout the various agencies and there’s quite a bit of it. Actually, it’s a very well-received orchestration. They’re all very eager, very committed to their work and they definitely see the value in collaborating on this subject.

We are now in the process of interviewing for the chief data officer and the geographic information officer for the agency, the goal being to take the workgroup and hopefully to identify a single individual that will continue to orchestrate that and create some value for data sharing under the umbrella of the chief data officer.

Obviously GIS data is just one type of data that can be shared amongst agencies — it just happens to be the one with the most mature landscape of participants — and use that as a starting point on the discussion of data management, but also hopefully we can use it to get some additional federal funding to improve that context.

A lot of the GIS data that the agencies use is already in the state data center so we already have the opportunity to not only strategically but also tactically create some value by data sharing, possibly some license optimization. Almost everybody uses ArcGIS, and hopefully we can get some skills exchange and again raise the value of that group by letting them work together a little bit more formally.

What opportunities has the state been missing out on without having this role formalized?

One of the prerequisites to getting any type of federal grant in that context is to have a single point of contact for the state and lacking that removed us from being eligible to apply for those grants, so there is actually a financial consequence of us having not named a GIO and formalized the position.

I’m hoping that — not knowing what will be available once we get to that point — really, we just want to make sure we don’t miss any opportunities that are made available to us. Also, formalizing it under the broader scope of the chief data office and the data management governance we’re hoping to orchestrate as well.

Do you have catching up to do or do you think you’ve benefited by being able to see what other states have done?

We’re at the starting blocks. The good news is we’re not inventing anything. Because we’re next to last, the whole game for us is catch-up and to realize the value that has already been identified and demonstrated in multiple different states. For us it’s easy — we don’t have to be clever, we just have to cover the ground that we haven’t yet.

It should be a pretty straightforward benefit. I don’t want to say easy, because nothing has been easy but I think the path has been well paved. We certainly don’t have to be clever in this specific context.

Has the idea been well-received so far by the GIS community?

It’s a passionate bunch. There’s a lot of organic energy that doesn’t require a lot of marketing. They’re self-organizing, they know what they have to do and I think they already realize the value of taking this approach. At this point, we’re just doing what they expect needs to be done to move us to the next chapter.

Of all the initiatives we’ve undertaken and all of the things we’ve tried to introduce, I expected this one would require the least marketing and have the most rapid adoption of anything, just because that audience has already self-organized and is just waiting to move forward. It’s pretty exciting and it’s nice to have something like that where you know you can deliver value without having to have a lot of salesmanship around it.

Are there any specific projects you plan to launch once you have this new office in place?

I don’t know that we have any real designs on it. I think that, again, having custody of most of the GIS data and realizing the data of other people being able to search each other’s repositories of GIS data, leverage it — I think us just being willing to facilitate that is really all we need to bring to the table.

I don’t have to be inventive because they will tell me what they want me to do to facilitate the value they are missing and can get from this type of organization. It’s really kind of a testament to their commitment and the energy behind that group. It’s interesting that that particular topic has generated that much excitement, but hey, I’m happy to facilitate. And I’m happy that there already is a well-formed coalition of the willing.

Will the creation of this office bring new stability to AST given the state technology office’s tumultuous history in Florida?

There’s certainly a hope that the more value that we can deliver or demonstrate by us being here and that we enable good things to happen, that it will change the perception of value from this agency. Any opportunity we have to add value is definitely something we’re going to be pursuing so that hopefully there will be a change in attitude towards our existence.

This interview was edited lightly for readability. 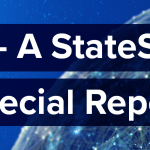