While Austin only voted to build out a new 31-stop rail network three days ago, the city’s public transportation organization said it is committed to designing the new system with data privacy and user experience in mind.

Residents of the Texas capital voted by an 18-percentage-point margin Tuesday to spend to spend $7.1 billion on the new transit system, called “Project Connect”, which will be overseen by a yet-to-be-announced five person council. The project, which also includes a new, all-electric bus fleet and on-demand shuttles, won’t require retrofitting or adjusting Austin’s existing transit infrastructure to meet new environmental or safety standards, said Sharmila Mukherjee, the vice president of planning and development for Capital Metro, which operates public transit in Austin.

“It’s a program of projects, it’s not one or two projects that are tied together,” Mukherjee said. “We are not retrofitting or adjusting an old system, so we have the opportunity to have high appeal, high design, well-designed vehicles, stops and pedestrian connections. We’re not constricted by some of the restrictions that older systems have.”

Austin is one of several cities around the country, including Columbus, Ohio, that uses the ride-hailing app Via to schedule its on-demand shuttle system for its public transit riders, but that’s just a “baseline-level” solution, Mukherjee said. The city is currently digging “into its toolbox” to find a more advanced system when more rail stations are active, and taking inspiration from modern light rail systems from across the world — including those in Hanover, Germany and Vienna, Austria — to build a reliable user experience for new riders.

“It’s the customer comfort side,” Mukherjee said, “so it’s the on-vehicle amenities and off-vehicle, station amenities — ease of ticketing, speed of access.”

Mukherjee also said her team will spend the next six months evaluating what steps to take to build a secure system for the city’s ridership, with a focus on ensuring people from every Austin neighborhood have access.

“We are, in the next five to six months, going to be focusing a lot on the fundamentals of how we’ll be managing user information to improve the system,” Mukherjee said. “At the same time, we want to protect the privacy of our riders as well, and know what type of disclosures we need to have, what type of equity considerations we have to have built in.” 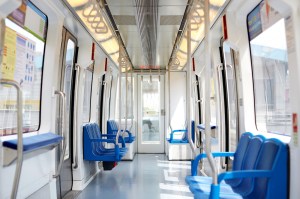 Austin is building a $7.1 billion transit system from scratch