New Jersey Transit, the country’s third-largest public transit system, will test an array of emerging technologies like heat mapping, face-mask detection and artificial intelligence to monitor the capacity of its light rail system as the COVID-19 pandemic drags on.

The agency will use a $600,000 grant from the U.S. Department of Transportation to mount cameras inside of some of its rail cars, analyzing data that they provide in real time to show riders how crowded each car is before they enter through the agency’s mobile app. It’s similar to a feature that the agency implemented last September that lets riders crowdsource information about the number of people on cars before they boarded, but the addition of video data is expected to provide even more actionable data than previous crowd density tools.

“Thanks to this grant, NJ Transit continues to build on its efforts to leverage technology to protect customers and employees amid this ongoing pandemic,” Kevin Corbett, the rail system’s president and chief executive, said in a press release. “The data we collect from the video and artificial intelligence analysis is also expected to provide longer-term operational benefits and customer experience improvements.”

In addition to measuring the number of people on each car, the agency plans to use the cameras to detect whether riders are wearing face masks, and use heat mapping to measure how densely packed cars are. If the pilot is successful on the River Line, a route that runs between the state capital of Trenton and the Philadelphia suburb of Camden, it could be expanded to New Jersey Transit’s other routes that connect to New York City, the agency said.

NJ Transit’s pilot was one of 37 projects that the Transportation Department selected last week to fund through its Public Transportation COVID-19 Research Demonstration Program. In total, the program distributed nearly $16 million to transit agencies across the country. Transportation agencies in 12 states received hundreds of thousands of dollars in funding to expand or develop contactless payment systems for riders to use during the pandemic. The transportation agency in Nashville, Tennessee, will use its grant on a project similar to NJ Transit’s mobile app.

“These additional resources will provide transit agencies and the states with the additional resources to strengthen public confidence in transit, which remains among the safest modes of travel during the public health emergency,” the Federal Transit Administration announced in a press release. “Our support will help leverage new technologies that will improve safety and efficiency throughout our transit systems.” 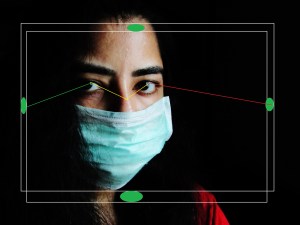