The WV One Stop Business Portal, which launched in 2017, aims to speed up the processes by which people can launch new companies, obtain permits and licenses, recruit employees and pay taxes. Among its services is a five-step questionnaire that asks creators of new ventures about their businesses in order to guide them to documentation they’ll need, such as payroll and insurance forms.

State officials claim that some transactions that once took 10 days to complete are now finished in as little as two hours. Along with the website, the portal also exists in the form of a kiosk at a small-business development center in the state capital of Charleston. Along with Warner’s office, the service pulls in resources from the West Virginia departments of labor, commerce and taxation. It also contains appendices of state regulations governing business practices.

The portal has also recently added services for registering nonprofit organizations, which in West Virginia typically require filling out more than 100 pages of documents.

In an interview with StateScoop last week, Warner said that 99% of the state’s business filings are now conducted online, as are 90% of professional licenses issued by his office. Over the past year, the portal has added new job categories for which it issues credentials, including wedding officiants, sports agents, private investigators, notaries public and scrap-metal dealers. Warner also said the portal’s been a financial boon to state government.

“The fees are paying for itself,” he said. “People can walk [into the kiosk] at 4:50 on a Friday afternoon, and people will stick around to get the paperwork.”

The portal’s also won industry recognition, including a 2020 StateScoop 50 prize for state IT innovation. More recently, it was nominated for an award from the National Association of Secretaries of State, which nominated the portal for its Innovation, Dedication, Excellence and Achievement in Service, or IDEAS, Award at its recent conference. (That award ultimately went to a project in Michigan in which election officials partnered with pro sports teams to promote voter registration and fight misinformation.) 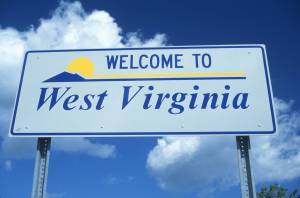