Drones, internet-connected vehicles and virtual reality goggles are going to be important tools for first responders within the next five years, according to survey results published Monday by Verizon.

In a survey of 1,825 first responders from across the United States — a group that includes responders from fire departments, emergency medical services, police and emergency call centers — respondents said that while smartphones and land mobile radio are the technologies they rely on most heavily today, they predicted that some other, more rare technologies are bound for greater use.

These include augmented reality and virtual reality applications, which today are used by only 1% of responders, according to the survey. Twenty percent of first responders said they believe AR and VR will be an important technology in their field within the next five years.

Drones, today used by only 8% of responders surveyed, were expected by 40% of first responders to play a greater role. Internet-connected vehicles, used by 41%, were projected by 64% of respondents to be an important technology in the coming years.

The Verizon report points to the 5G wireless standard as a critical technology to support many of these emerging technologies. Seventy-seven percent of respondents agreed that 5G will be either a “top” priority or an “important” priority for the future of public safety.

First responders named unreliable networks, outdated tools and lack of interoperability as their three top concerns when it comes to technology. Only 4% said they considered customer service when choosing a network provider.

The survey also contained a section on cyber-readiness. Law enforcement agencies reported stronger confidence than others in their ability to thwart cyberattacks, but overall, only 15% said their agencies are “very prepared.” Fifty-six percent said they’re only “somewhat prepared.” 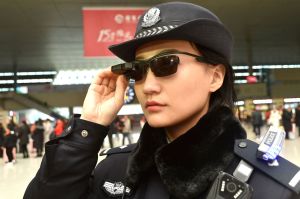