To pique the interest of high school and college students in cybersecurity careers, North Dakota will host a cybersecurity capture the flag event next month with the National Integrated Cyber Education Research Center, an educational and grant-funding cybersecurity center based in Louisiana.

The capture the flag competition, which will accept registrations from teams of students until competition day on March 24, will pit “attack” and “defense” teams of hackers against each other, who are trying to preserve or steal virtual flags — text files, images or folders — from the other team. Teams will compete in rounds of two, and NICERC will release more challenges on the day of the competition, according to a press release.

“[Capture the flag events] are an excellent learning tool for anyone interested in cybersecurity and can help sharpen these valuable skills,” Chuck Gardner, director of curriculum for NICERC, said in the release. “This opportunity mirrors how professional cybersecurity practitioners work, making it an important part of security education.”

The capture the flag competition is being held in conjunction with the Dakota Strike Career Expo just two weeks later, on April 8 in Fargo, North Dakota. The expo is designed to show K-12 students different career paths that cybersecurity can offer, according to North Dakota Chief Information Officer Shawn Riley, and will coincide with an esports competition put on by the U.S. Army and U.S. Navy.

“This first-of-its-kind event is unprecedented in terms of bringing together dozens of private and public sector and military organizations to promote hundreds of exciting career opportunities across North Dakota,” Riley said in the release. “These competitions promote innovation and highlight in-demand technology skills that open career doors in nearly all industries.”

In December, Riley told StateScoop that North Dakota is building a cybersecurity operations center that could share cybersecurity tools and technologies with other states to reduce the number of ransomware attacks nationally. Despite being the fourth-smallest state by population, virtually all of North Dakota’s cybersecurity operations are managed by a central information technology agency at the state level, placing the state in a unique and optimal position to lead such an effort, Riley said.

“There’s a lot of conversations going on with this,” Riley said in December. “Part of what we have to work through is as we look at the potential of states supporting each other, how can we make sure there are no political overtones? We’re doing assessments of multiple states and how that applies to the ability of all of us to really truly to work together.” 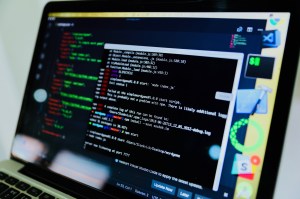