Despite investing more than $300 million of state and federal funding to increase broadband connectivity over the last four years, New Mexico “lags behind” the rest of the nation in adoption due to a decentralized broadband governance structure, according to a new report from the New Mexico Legislative Finance Committee.

The report, published Nov. 1, found that New Mexico is tied with Arkansas for 49th in the country in broadband adoption rates. And it went on to state that the New Mexico’s problem is a bureaucratic one. While the state has received hundreds of millions of dollars in funding in recent years to connect schools, hospitals and other institutions, it doesn’t have a centralized agency that handles broadband financing or installation.

Instead, broadband oversight is split among at least four agencies, including the Department of Information Technology, the Public School Facilities Authority, the state Public Regulations Commission and the New Mexico State Library, each of which are tasked with different aspects of planning and installation.

The result, according to lawmakers, is that the state has no real broadband plan at all.

“Currently, New Mexico does not have formalized goals or a clear, unified broadband policy with respect to oversight of programs, funding, and infrastructure,” the report says. “This fragmented and uncoordinated status quo is a common theme underlying this evaluation’s findings.”

The state houses a broadband office inside DoIT, but the vast majority of broadband regulation in the state is codified by statute or informal agreements between agencies, rather than overseen by an agency with a mission and serving as a single point of contact. Inadequate staffing in DoIT’s broadband unit has prevented statewide coordination that would unite broadband promotion, ultimately delaying the state’s progress in connecting rural healthcare institutions and businesses, the report found.

Lawmakers did credit the state government with connecting every public school district, thanks to a 2015 program that utilized $49 million in state funding and E-Rate matching funds.

Because much of New Mexico is rural, it can be costly to build out individual fiber-to-the-home networks seen in other states, state Chief Information Officer Vince Martinez said at a recent legislative meeting, according to the Associated Press.

“What we are attempting to do is provide broadband to 15 percent to 20 percent of the population of the state of New Mexico that live in 85 percent of the land mass,” he said, and noted that fiber optic cable can cost as much as $70,000 per mile.

“It is easy to make bold claims about large scale programs like statewide fiber rollouts, but the devil is in the details,” Cooper told StateScoop. “All too often, these initiatives get bogged down by funding issues, public rights of way processes, and other logistical barriers.”

To offset the costs, the legislative audit recommends that the state target cost-effective, last-mile networks in rural areas, rather than put money into a large statewide fiber rollout. A designated single entity that coordinates broadband funding, policy, initiatives and prioritizes unconnected regions should lead future installation, the report says, and should be authorized by 2022.

Cooper agreed that a consolidated agency would allow the state more flexibility in service delivery.

“I tend to agree with the report findings that New Mexico would be wise to consolidate its broadband programs under one agency, allowing it to focus on a more comprehensive infrastructure plan that takes into account a variety of efficient connection types (5G, fiber, cable, fixed wireless), implementing them in a case-by-case basis,” he said.

For now, the state is planning to host broadband workshops in a partnership with the U.S. Department of Agriculture and the National Telecommunications and Information Administration in Albuquerque and the city of Truth or Consequences. The workshops are designed to give elected officials, including tribal leaders, a look at what federal and state resources are available to improve access to devices or connectivity.

“Creative, concerted efforts are needed to close the digital divide, especially in a state with as much rural land as New Mexico,” Cooper said. 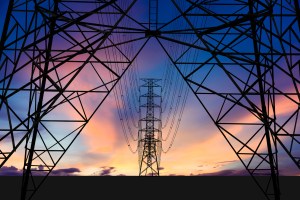 New Mexico has ‘no formal plan’ for broadband expansion