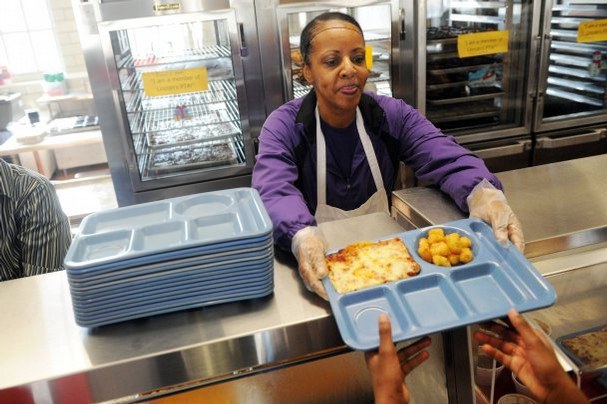 A debate is raging in Florida over school lunch, but it has nothing to do with tater tots.

Instead it focuses on how a student pays for those tater tots and whether one school system’s use of biometric scanning technology sets the student up to be a victim of identity theft or fraud in the future.

In Pinellas County, Fla., a suburb of Tampa with nearly a million residents, school administrators will likely need to remove an electronic lunch payment system that allows students to pay for meals with a simple scan of their fingerprints. The system was installed a few years ago as part of a federally-funded program. But earlier this month, Gov. Rick Scott signed a new state law, which passed in the state’s legislators by a nearly unanimous vote, to outlaw the use of biometrics on students to protect their identity.

The result has been strong arguments on both sides: Those who have used the system hail its convenience of use and efficiency, while the legislators argue it puts students at an unnecessary risk of identity theft, even though no Social Security numbers or other personal information is gathered that might raise serious privacy concerns.

“The scanner does not retrieve any additional information that we don’t already have about that student,” said Dr. Michael Grego, Pinellas County superintendent . “We showed that and demonstrated that to state legislatures repeatedly.”

The system simply scans a student’s palm as he or she goes to pay for their food. The scan identifies the student and subtracts the cost of the meal from their account. The system also lets school food workers know how much money is in the student’s account, along with any known food allergies.

It also offers convenience for parents wanting to add money to their child’s lunch account from home. Parents can choose whether or not their child can use the system, but so far few have decided to opt out.

Along with convenience, the system also allowed students who receive discounted or free lunches through federal programs to not have to carry around identification cards, alleviating some embarrassment when using them in front of classmates.

Under the old system, students sometimes entered the line without their lunch cards, holding things up while their identities and account information were established by other means. Officials said PIN numbers were sometimes traded among students or surreptitiously read over a student’s shoulder, resulting in fraudulent purchases.

The county has been given a year to dismantle the program but plans to fight the ban along the way by proving the effectiveness and safety of the system. If they fail, however, the school district will be forced to find an alternative.

“There is no excuse to ban excellent technology, and its future potential as well, when lunch line fraud is well known, school budgets are being slashed, and public policy supports healthier (but more expensive) lunches served,” wrote Janice Kephart on the biometricupdate.com blog. “Public servants should spend a little more time getting schooled themselves on the value biometrics bring to the lunch table before banning the technology altogether from schools. Maybe there should be a minimum educational requirement for public servants before passing legislation. I wonder how that vote would go down.”

by Benjamin Freed • 4 months ago
Education

by Emily Bamforth • 4 months ago
Cybersecurity