The Virginia Information Technologies Agency told StateScoop that its team looks forward to Osmond settling into his new role, which begins Monday.

“The VITA team remains committed to the agency’s mission to be Virginia’s most customer-focused technology partner, empowering the Commonwealth to achieve more through innovative, efficient and secure technology,” read a statement from the agency.

Michael Watson, Virginia’s chief information security officer, had been serving as interim CIO in the weeks since Wittmer’s brief stint. Previously, the CIO role had been held for more than six years by Nelson Moe, who stepped down just before Youngkin took office in January.

Osmond spent 15 years with IBM before joining VDOT in 2016 as its IT director. He’s also run a career-counseling practice on the side, according to his LinkedIn profile. At VDOT, Osmond has been credited with heading the IT, innovation and integrated solutions divisions. He also became a volunteer emergency medical technician in October 2020 amid the COVID-19 pandemic. 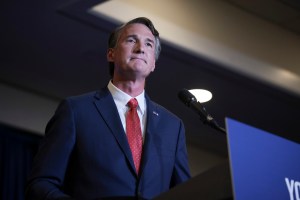