The greater Los Angeles area is one of the fastest-growing urban centers in the country, now nearing a population of 20 million people. Dozens of city agenciesmanage hundreds ofservices offeredto the populace, and an examination of its smart city projects reveals an effort that is equally expansive.

Within the city’s Information Technology Agency (ITA), Chief Information Officer Ted Ross is using new technologyto drive efficiency, and he needs to. Operating with 40 percent less staff than what the agency had in 2008, Ross is expected not only to maintain service delivery but find ways also to match the pace of digital technology’s rapid development.

Through the new and continually expanding use of chatbots and Amazon Alexa and Echo, ITA is ensuring services are easy to use and widely accessible. By 2018, Los Angelesexpects to install pervasive Wi-Fi networks in four large city facilities, providing a connectivity baseline for future projects. Within the same timeframe, the agencyalso plans to double its number cloud-hosted applications, bringing the city’s software capabilities into the modern age.

LA’s use of data is evolving, too, coalescing from systems that span the organization. A multiplatform 311 information system informs the public across communicationschannels including social media and text messaging during emergencies, while allowing the technology department to coordinate closely with emergency response teams. A mobile app and web-based portal allow further access to a service ticketing system that receives about 120,000 requests each month.

A partnership initiatedin 2015with the University of Southern California’sMarshall School of Business allowedthe city to find ways to reduce traffic deaths, while Mayor Eric Garcetti’s GeoHub integrates more than 500 data sets to inform internal decision-making and host public-facing portals like CleanStat, a streets cleanliness index, and Street Wize, a construction and permitting tracker.

Data projects from city Controller Ron Galperin include dashboards for property management and parking data, and an open data competition called Iron Viz that concluded in December with the award of a six-month paid innovation fellowship.

In early June, the city looked to further expand its technological repertoire as the Los Angeles Fire Department (LAFD) requested permission from city council to deploy aerial drones for fire and medical response.

When Louisvilleramped up its smart city projects in 2014 under its former chief of civic innovation, Ted Smith, it was one of just a few cities finding creative new ways to pit data and environmental sensors against some of the nation’s most difficult challenges. Today, many more governments have implemented such tools, but the Kentucky city’sprojects portfolio is still admired as it continues to grow under Chief of Civic Innovation and Technology Grace Simrall.

A thriving community of entrepreneurs gather around local makerspaces like LVL1, FirstBuild, and LouieLab, where city innovators welcome the community to work hand-in-hand with government. LouieLab, according to the city, is “the physical manifestation of continuous improvement and innovation that are the foundation of Louisville Metro Government.”

Projects and startups born from these spaces include XLerateHealth, an incubator for early stage healthcare companies, and AIR Louisville, an initiative driven through the Institute for Healthy Air, Water, and Soil to distribute sensors for asthmatics that allow the city to collect air quality data that informspolicy. Initial analysis has shown a “marked improvement” among program participants, many of whom had uncontrolled asthma prior to enrollment, Simrall told StateScoop in an email.

An “open by default” data policy adopted in 2013 has enabled many other projects. One map published by the city, called Redlining Louisville: The History of Race, Class, and Real Estate, was highlighted by Ash Center for Democratic Governance and Innovation at Harvard University for being a best-in-class data visualization showing how remnants of discriminatory lending practices tracing back to the 1930s can still be seen today.

The smart city efforts in Memphis exemplifyhow city-university partnerships through the MetroLab Network are driving new projects around the nation.

Smart city development in the Tennessee municipalityis still in the earliest stages, but a partnership between the University of Memphis FedEx Institute of Technology and the City of Memphis developed through MetroLab a consortium that pairs more than 40 cities and counties with 53 universities as research arms for smart city development is driving forward five new projects in Memphis.

The idea was to start with a “low-cost investment to at least prove if a theory or hypothesis is actionable further,” city Chief Information Officer Brent Nair told StateScoop.

Projects underway include a support system for comprehensive planning and zoning;modeling research around adoption of technology;an investigation into the connections between home energy insecurity and population health;a Twitter-based system for predicting “localized, fine-grained” crime types;and research into new methods for surveying the public.

As the city looks for new forays into emerging technology, an internal mobile platform for the city’s 311 system is cutting service time requests by closing the digitaldistance between city staff and government data. Led by Mayor Jim Strickland, Memphis has established a vision of an efficient government that is free of urban blight and crime.

In his budget address last year, Strickland shared his outlook for a smart city when he said: My vision for city government is this: by being brilliant at the basics, we will lead a responsible, efficient government that enables all of the good things going on in Memphis to multiply.”

Florida’s Miami-Dade County is all about transportation upgrades, and its looking to smart city technologies to drive them onward. To find new efficiencies in its transit system, the county partnered withSanFrancisco-based transit data company Remix to optimize its bus routes with a platform that can accurately estimate costs, ridership numbers, transit schedules and other data in real-time. The tool allows users to drag and drop routes and crunch data from the U.S. Census and local transportation agencies for new operational insights. At the planning level, the technology is a way for the county to ensure it provides equitable services to all its residents no matter their wealth or zip code.

Simply put, I found it to be revolutionary, said Jerry Bryan, Miami-Dade Transits Chief of Service Planning and Scheduling in Remix blog post. You draw a line, its calculating out the cost of what that route would be, how many vehicles youd need, service frequency and you can easily tweak things.

In conjunction, Miami-Dade has plans tocreate a network of more than 300 digital kiosks for free Wi-Fi, wayfinding, news and transit information. In May, County Mayor Carlos Gimnez announced the project as part of a partnership with AT&T, Cisco, Intel, and CIVIQ Smartscapes, the company behind the growing network of Wi-Fi kiosks found New York City.

These new interactive kiosks will offer greater connectivity in our transit system, which leads to increased efficiency, less downtime, and an overall better experience for our passengers, said Alice Bravo, director of the Department of Transportation and Public Works, in a press release. Our partnership with CIVIQ will not only provide free Wi-Fi for our residents, it will enhance engagement with our services, as well as provide easier access to information.

Montgomery County, Marylands chief innovation officer may have left his post, but the work on smart technology initiatives will continue in the Washington, D.C., suburb. During Daniel Hoffman’s tenure, the technology leader drove his county to run more efficiently and serve citizens better.

In 2016, Hoffman said at the Smart Cities Innovation Summit that executive buy-in, along with a culture of risk-taking, was key to getting the job done.

If Im not failing some of the time, Im not trying hard enough, Hoffman said. A county official allowing one member of his team to take that and run with it is necessary.

Though the county joined AT&Ts smart cities initiative in 2016, Hoffmans innovation efforts werent centrally focused on traditional information technology. The countys Smart Growth Initiative brought together transportation, public safety and other agencies to determine where the county would move forward to reduce traffic congestion and improve public safety. The county also launched an enterprise integrated case management program to use data to drive efficiency in its Department of Health and Human Services with the aim of making service delivery, especially to those frustrated by confusing and disconnected systems, more intuitive.

New Orleans may hold a torch for tradition and folklore, but the city is equally passionate about data. Mayor Mitch Landrieu has built his administration on top of digital tools like analytics and civic tech to solve pressing problems.

In 2011, Landrieu founded the Office of Performance and Accountability (OPA) just one year after taking office. The driving principle of OPA was to teach departments how to make data-driven decisions. This culminated with the start ofNOLAlytics, the citys in-house data analysis program. Through NOLAlytics, the fire department identified homes most susceptible to fires and was able to assist with free smoke detectors.

Most impressive, however, is how New Orleanscombined data and social services to lower its murder rate. Through a grant from Bloomberg Philanthropies, the city developed NOLA for Life, an initiative that analyzed criminal networks and identified past offenders most likely to commit violent crimes. Sending in social services to proactively help, New Orleans went from the city with highest murder rate nationally between 2000 to 2011 with exception of 2005 to 2006 when Hurricane Katrina hit to reducing murders by 25 percent in 2012. The murder rate has fluctuated in the years since.

Continuing the gains weve seen will rely on a sustained focus on prevention, intervention, enforcement, and rehabilitation, Landrieu said in a statement to StateScoop. While the first priority of NOLA for Life was to stop the shootings, we knew we could not arrest our way out of this problem. Investing in prevention to help our young people and families to succeed is the key to a significant, sustainable reduction of violence in New Orleans.

Additionally, the citys Office of Information Technology & Innovation launchedNOPDNewsin 2016, a site that hosts the NOPDs new, interactiveopen data portaland reports police activity. The project is part of the city’s participation in the White House Police Data Initiative to build trust between the community and law enforcement. 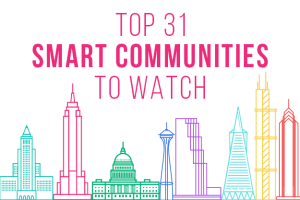