During a panel at the annual meeting of the Transportation Research Board, a federally backed research group, officials said they’re having a hard time hiring engineers, data analysts and other skilled technologists.

Roger Millar, secretary of the Washington state Department of Transportation, said he’s training junior employees to code and developing new career pathways designed to keep people at the agency — all in response to the private sector’s stiff competition for tech talent.

The Utah Department of Transportation is experiencing a similar challenge, Carlos Braceras, the agency’s executive director, said during the panel. He said the role of transportation agencies “looks very different from how it did in the past” and they need new expertise to match.

“We are moving people and the stuff people need, but we’re also operating the transportation system and we’re operating it in real-time — we weren’t really doing that previously,” Braceras said. “Soon we’ll be responsible for the operation of drones, figuring out what rules and policies need to be in place, administering those flight paths.”

State transportation agencies are also poised to play a big role in creating and potentially managing statewide networks of charging ports for electronic vehicles, tasks that would require new talent.

The challenge in finding and retaining tech talent looms large across state government. The National Association of State Chief Information Officers found in its most recent survey that the future of IT workforces is increasingly top-of-mind for its members.

Acknowledging the challenge in recruiting candidates with in-demand tech skills, Braceras challenged state leaders in the room not to simply advertise for the same job once someone leaves a role, but work with their teams to understand what skills and backgrounds they’re lacking.

“We’re terrible at marketing,” said Russell McMurry, commissioner of the Georgia Department of Transportation. “If you think about the work that we do, we do very exciting stuff. No day is the same at DOT. But we need help. We advertised for a role called highway maintenance laborer temporary recently — who wants a job that says I’m a laborer and I’m temporary?” 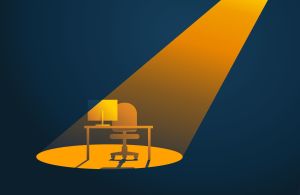