The National Association of State Chief Information Officers announced Tuesday that New Hampshire CIO Denis Goulet will remain as the group’s president through its 2020-21 calendar. The group also extended the terms of the rest of its executive leadership, and added two new members to its directors committee.

Along with Goulet as presient, NASCIO members appointed Utah CIO Mike Hussey as vice president for another year, as well as Maryland’s Michael Leahy as their secretary-treasurer.

Goulet had been serving as the group’s vice president, but became president in February, when then-North Carolina CIO Eric Boyette — who had been elected as NASCIO’s 2019-20 president — left the North Carolina Department of Information Technology to take over the state’s transportation department.

The leaders of NASCIO’s corporate leadership council, which represents the government IT industry’s vendor community, were also re-appointed.

In past years, NASCIO has announced the makeup of its leadership at its year-end conference, which was canceled this year due to the ongoing COVID-19 pandemic and replaced with a series of online sessions. 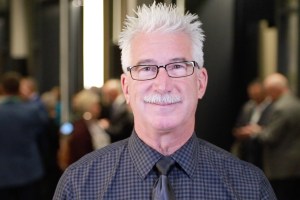 New Hampshire’s Goulet to stay on as NASCIO president