Houston unveiled a new digital 311 system this week to make it easier for residents to file service requests and for the city to send information out, laying the foundation for the next “20 years” of government IT modernization efforts, city officials said.

The new platform, which went live last month, enables residents to interact with a virtual agent while filing service requests online, rather than calling the city’s 311 call center, which handles more than 2 million calls and creates 450,000 service requests each year. Officials said the new system also enables city employees to reclassify cases instead of closing and creating new cases — an annoyance of the old system — and reduces the number of duplicate cases, like a pothole that was reported by more than one person.

The platform, which officials said took roughly nine months for the city’s IT services agency to develop with Microsoft, is also expected to streamline communication between agencies as they respond to service requests and disseminate information. The city relied on its 311 centers to ensure residents had the information they needed to deal with natural disasters like Hurricane Harvey and past floods and storms, though that information can now be sent virtually.

“The new system is another example of how Houston is building a Smart City of the future. This new 311 system has the potential to be the platform that connects all City departments and systems to each other ensuring a smooth and seamless experience for constituents,” Mayor Sylvester Turner said in a press release.

The city expects the time saved will enable call takers to dedicate more of their time to handling complex cases. The system went live on June 26, and the city has spent the last month transferring the past decade of 311 data into the new system. 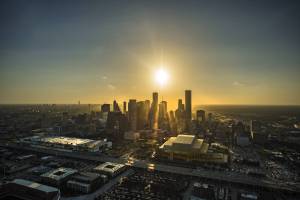