Nearly a year after the passage of the American Rescue Plan, state and local governments that received slices of $350 billion in financial aid are finally starting to make use of those funds. And while the money arrived with a broad degree of flexibility — projects range from simply backfilling revenue lost due to the pandemic to constructing new health facilities — it’s meant to be used within five years of the law’s enactment.

During a session Monday at the National Association of Counties’ annual legislative conference in Washington, a panel of county chief information officers said that, as far as IT-related projects are concerned, the recovery funds are best used on “realistic” efforts that can be achieved over the short and medium terms.

“I think we’ve been pretty thoughtful in terms of shovel-ready projects,” said Tom Lynch, the CIO of Cook County, Illinois, which includes Chicago.

Lynch’s county, the nation’s second-biggest, says it’s in the “planning phase” for how it’ll use the $1 billion it received, including $6.3 million tagged for digital-equity improvements.

Some of those projects, Lynch admitted, will play out over the longer term, such as expanding fiber optic networks in the suburbs south of Chicago. But he said there are broadband efforts that can be started sooner, such as working with Comcast to improve connections to the county’s public housing.

“It’s a good place to start,” he said. “What projects are live now? Zero, but we’ve at least started the contracting process.”

Still, he conceded that even more modest initiatives can be tricky: Countywide projects can require coordination with Chicago and 132 other cities that sit within its borders. “Most transformative projects will be on the back end of the five years,” Lynch said.

NACo, which was among several state and local groups that lobbied federal lawmakers to include relief funding in the American Rescue Plan, has continued to push for updates to the law. Last month, it secured a Treasury Department rule tweak that allows more spending on broadband construction and cybersecurity.

Other speakers on the panel also said they’re using their Rescue Plan awards on near-term solutions. Justin Loose, CIO of Berks County, Pennsylvania, said his office has been focused on outfitting more workspaces for virtual events, including conference rooms and courtrooms.

“Any time you can make things happen quickly, there’s a savings there,” he said.

But Loose also had wish-list items of his own: “I can’t say enough about using ARPA money for application modernization,” he said.

Lynch largely agreed, saying that trying to phase out legacy systems is a “once-in-a-lifetime” opportunity, but cautioned county officials to not go too wild.

“Government should never be cutting edge. It should be with tried-and-true technologies,” he said. “When folks say they want an Amazon-like experience, I get uncomfortable because Amazon has billions of dollars for R&D. It’s just not a realistic goal.”

DeKalb County, Georgia, CIO John Matelski said that whatever IT projects governments use their Rescue Plan money on, they needs to be considered and executed within the law’s five-year lifespan.

“Things need to happen now, you need a plan,” he said. “There’s no guarantees what will be available in the future.” 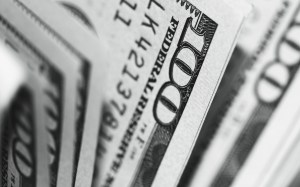