The Department of Commerce’s National Telecommunications and Information Administration has now awarded more than $1 billion to expand access to high-speed internet on tribal lands.

The NTIA announced 23 new recipients of the Tribal Broadband Connectivity Program on Tuesday. The 23 grants total more than $601.6 million. More than $1.35 billion has been awarded to 94 tribal entities since August.

“We are making an historic investment in tribal communities to ensure reliable, affordable high-speed internet for all,” Commerce Secretary Gina Raimondo said in a press release.

The Tribal Broadband Connectivity Program was created in late 2020 with an initial investment of $1 billion, and an additional $2 billion was allocated to the program in last year’s infrastructure spending law. The tribal grant fund has since been folded into “Internet for All,” the NTIA broadband programs funded by the infrastructure law.

Despite federal funding increases between 2015 and 2020, internet service providers and tribes continue to face challenges identifying and applying for support from “a landscape of numerous, but fragmented, federal broadband programs,” the GAO report read.

The GAO report also notes that while the White House has taken the lead on coordinating federal tribal broadband efforts, these efforts “are not guided by a national strategy with clear roles, goals, and performance measures.” In response, the GAO report said the White House “did not agree or disagree with our recommendation, but emphasized the importance of tribal engagement as part of the development of a national strategy and a framework within the American Broadband Initiative.”

A notice of funding opportunity for an additional $1 billion from the infrastructure law is expected to be issued in the coming months. The NTIA recently held three consultations with tribal leaders to solicit their input on the funds. 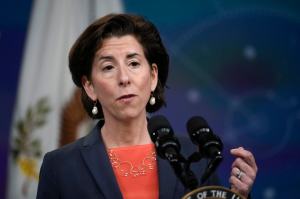