Funding from the the federal pandemic relief package that passed in March has been instrumental in providing short-term broadband connectivity for states, according to a Pew Charitable Trusts study published on Monday. But, researchers said, more long-term planning needs to be done to close the digital divide.

The CARES Act provided more than $2 trillion in economic stimulus to states near the onset of the pandemic, including $150 billion to cover unexpected costs associated with the pandemic, like a sudden need for broadband connectivity in underserved communities. Because the pandemic closed businesses and schools, states were forced to get creative in using their allotted money to bring connectivity to houses, purchasing millions of dollars worth of Wi-Fi hotspots and devices, as well as deploying Wi-Fi access points in school parking lots, from where students could sit in their vehicles and connect to the internet.

“Hotspots and connected devices do provide a short-term bridge to get people online, and a number of states have made investments in supporting a procurement in those for the distance-education component,” said Anna Read, a Pew researcher and the author of the report.

Read found that 12 states have used CARES Act funding to close the broadband gap for K-12 students, and another two — Missouri and Tennessee — to bring internet service to college students. Ohio, for example, spent $50 million to create a broadband grant program that will deliver hotspots to students, while Missouri spent $10 million to upgrade existing Wi-Fi networks on its college campuses.

Beyond the digital classroom, however, at least five states — Idaho, Iowa, Missouri, Oregon, and Vermont — have set aside money to deliver hotspots to community health centers and educate residents accessing telehealth services. At least seven other states, meanwhile, seeing an opportunity to jumpstart entirely new broadband programs, have created their own emergency initiatives to close the divide by investing in long-term infrastructure deployment. But that will take time, Read said.

“The challenges with lack of access to broadband predated the pandemic, and they will continue after the pandemic. It’s a challenge, a significant investment in infrastructure, that requires both time and funding,” Read said.

While it’s unclear when another coronavirus relief bill will be passed, there are opportunities that states can take to improve their own efficiency in using the allotted funds, Read said. Focusing on connecting houses to pre-existing infrastructure that exists near them — connecting the “last mile” — can be an easy win for many communities that are underserved, Read said. 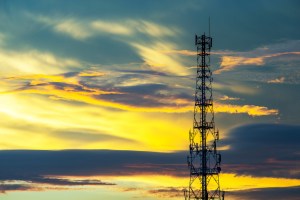