The California Department of Toxic Substances Control has a new chief information officer, Don Foley, who started with the agency this month after leaving the state’s social services agency. 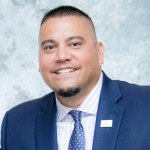 Foley will take over for acting CIO Kham Xiong — the agency’s chief technology officer since 2013, according to his LinkedIn — who has served as CIO for the agency in an interim capacity since December 2020 when former CIO Jennifer Benson left for a directorial position at California State University, Monterey Bay.

The agency, which is responsible for enforcing action against people and businesses that violate environmental laws and overseeing the cleanup of hazardous waste throughout the state, will rely on Foley to modernize “antiquated internal business processes,” like using paper forms, and to improve software and hardware acquisition processes, according to the agency’s long-term strategy report. The agency is also planning to obtain tablets and other technology that can be used in the field to accelerate inspections by the end of 2021, according to the report.