The election of 21 new governors this month presents one of the biggest opportunities in years for state governments across the country to consider how they interact with their constituents and what roles technology plays in delivering those services.

But newly elected governors interested in modernizing the governments they’re about to take over or launching a suite of mobile apps also need to be thoughtful about how they incorporate technology into their administrations, Jennifer Pahlka, the founder of Code for America, told StateScoop.

Pahlka, who served as deputy chief technology officer in the Obama administration for about a year in 2013 and 2014 and is credited with establishing U.S. Digital Services and 18F, the federal government’s digital services agency, said any new governor looking to make greater use of technology should remember that their time in office probably won’t be judged by how many gadgets they buy.

“A newly elected governor needs to have a point of view on the role of technology in the state’s approach,” she said. “You will be measured not in technology gains, but in effective implementation of your most important policies.”

Achieving that kind of success, though, requires increasing the amount of collaboration between officials who are making policy and information technology staff. In a Medium post published shortly before the Nov. 6 election, Pahlka writing in an open letter to the “Governor-elect of California,” recommended hiring not just a cabinet-level official in charge of technology policy and digital service delivery, but also other agency heads who focus on how to best render their services to residents.

“Whatever domain they are experts in, they must be willing to lead not just policy, but also delivery, because the two are inextricably intertwined in this day and age,” she wrote.

Pahlka pointed to a few government programs in California that’ve made strides by delivering more services digitally, including Child Welfare Digital Services, an open-source platform launched in 2017 to be used by the state’s child-welfare case workers. CWDS was built out of the state’s department of Health and Human Services, in collaboration with several other agencies.

“California’s state government has invested in its vendor community, relationships with nonprofits and invested with the research universities,” Health and Human Services Secretary Michael Wilkening, who oversaw the development of CWDS, said at a public event in San Francisco last week. “It hasn’t been easy. It hasn’t been without stumbles and faults. My hope is that the next administration, it becomes even more of a priority.”

The creation of CWDS are a shift away from how government agencies have traditionally delivered services, and it’s also a lesson that applies beyond California’s borders, Pahlka said.

“What we’re seeing is increasing collaboration between policy, technology and design,” she said. “I think in the past policy people did their thing then threw it over the wall for technology people to implement it.”

In California and other states preparing to swear in new governors, that technology leadership role falls to the chief information officer. But the current CIOs in many of those states (if they haven’t bolted already) are facing high likelihoods they’ll eventually be replaced.

“When there is a change in governor, even of the same party, there’s usually a change in CIO,” Doug Robinson, the executive director of the National Association of State Chief Information Officers, told StateScoop Nov. 8.

Although Robinson said incumbent CIOs often stay on the job several months into a new administration, it’s still the governors’ prerogatives to pick their own IT chiefs.

But Palkha said she hopes the turnover isn’t so drastic. “I actually hope we don’t get 21 new CIOs,” she said. “The best-case scenario is someone who’s been in the job and led a transformation, because that person has the experience and continuity matters.”

Whether or not a new governor keeps on a state’s current CIO, though, he or she needs to at least “have a point of view” on how technology fits into their plans, whether it’s maintaining the status quo or transforming how the state does business, she said. But finding IT leaders who understand that the job is about delivering services to a state’s residents needs to be a priority for all 21 new governors. 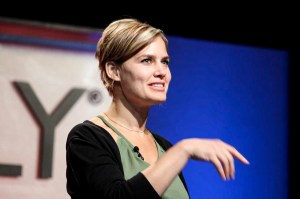