Virginia’s annual datathon event, which challenges students, technologists and state-government employees to solve various social problems using data, will include some new twists when it runs next month.

In addition to being held virtually for the first time Oct. 1-2, the competition’s theme of “Communities and COVID-19” is designed to be broader than in past years so teams can address a wide range of social problems exacerbated by the pandemic, organizers said.

“In all the prior datathons, the theme has been really niche and focused on specifically workforce or specifically opioid addiction or specifically education,” said Loren Gonzalez, communications manager for the office of Virginia Chief Data Officer Carlos Rivero. “I think the beauty of removing those expectations is there is so much that can come out of this year, which is why we’ve sort of cast a wide net with this theme.”

Data sets will be provided through the state’s open data portal a few days ahead of the event, priming teams to tackle issues like health care, small business closures, school lunch availability, unemployment and Wi-Fi access, with a lens on how “the impact of the crisis continues to be felt across communities in different ways.”

While launched in 2014 with gusto by then-Gov. Terry McAuliffe, the projects launched at Virginia’s datathons have often fizzled out afterward, officials said. Paul Casalaspi, the IT division director for the Library of Virginia, which has long been involved with the series, said he thinks this year will be different.

“It was always whatever the topic was, that secretary was interested and watched the presentations, but there was no one there who said, ‘OK, I’m now responsible to go with this,’” Casalaspi said. “Having the CDO office really, really is going to help this year.”

He pointed to last year’s datathon, which was focused on promoting equity in education, as one example of the state’s lack of follow-through.

“The secretary of education’s office had a meeting set up, and then something happened internally in the government and that got canceled, and they just never got back to it,” Casalaspi said.

Gonzalez said studying the disproportionately large impact the pandemic has had on minority-owned businesses is one example of a challenge teams might take on. Recent research by Robert Fairlie, an economics professor at the University of California, Santa Cruz, showed that 41% of Black-owned businesses closed between February and April, a higher proportion than seen in other groups. (About 3.3 million total small-business owners reported closing during that period, representing about 22% of small businesses nationwide.)

But despite all the challenges presented by six months of social distancing and remote working requirements, Casalaspi said the competition has a silver lining: “For the people who are participating, this virtual thing isn’t new anymore. I think that’s one thing that’s going to help us.” 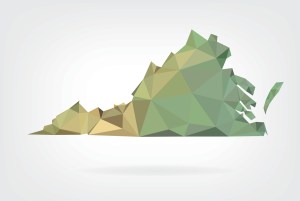