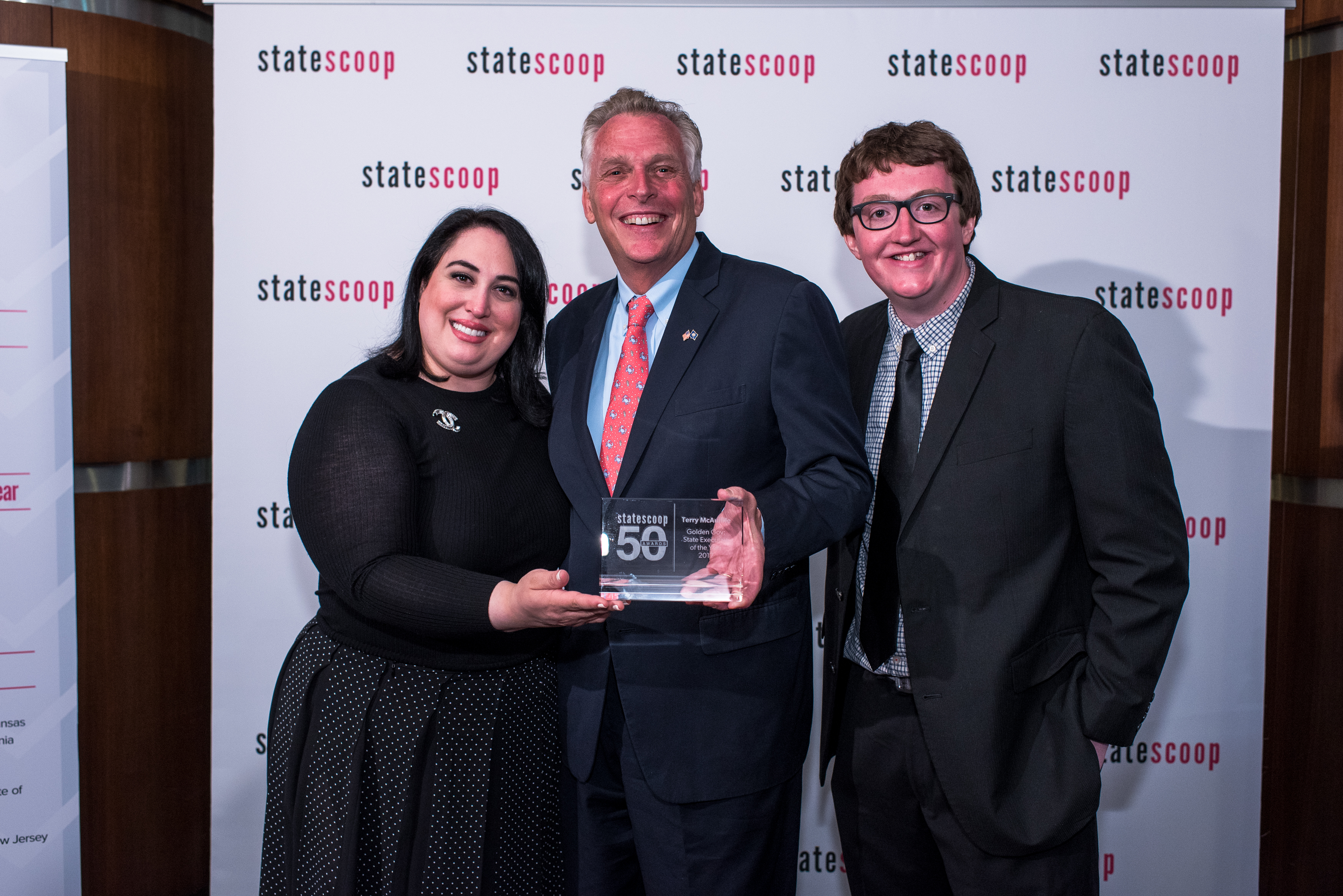 The 2017 winners of the StateScoop 50 Awards, which highlight the best and brightest in the state ITcommunity, were announced Sunday at a reception inCrystal City, Virginia, to help kick off the National Association of State Chief Information Officers’ midyear conference.

Members of the state and localIT community nominated thousands of government leadersin March, 2017. StateScoop narrowed the list to the top 150 with the most nominations and StateScoop readers cast more than 100,000 votes nationally in April to select the final 50 2017 winners.

As a team, we are so committed to this community and have built many deep relationships across the country with top leaders in government IT,”said Goldy Kamali, founder and CEOof Scoop NewsGroup, StateScoop’s parent company.”We are honored to recognize the distinguished leaders across the state IT community who have made important contributions to their governments, their citizens and the country as a whole in the past year.”

“Every year, as we compile the nominations for the StateScoop 50 Awards and open up for voting, I’m amazed at how incredible this community is,” said Jake Williams, StateScoop’s manager of strategic initiatives. “The winners of these awards are among my biggest inspirations, and are made up of folks who are working every day to make government better. We’re honored to know them, to recognize them, and to highlight their dedication to public service.”

State Leadership of the Year

State ITInnovation of the Year

Industry Leadership of the Year

by StateScoop Staff • 3 months ago
Special

by StateScoop Staff • 4 months ago
Special