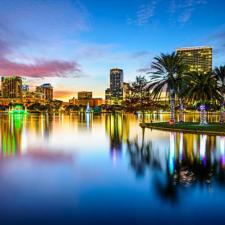 Orlando has been riding the smart city wave for more thana decade nowafter launching Green Works Orlando in 2007. That program has fostered sustainable practices in water conservation, transportation and waste management since its debut and is continuing to break new ground today.

Orlando Mayor Buddy Dyer announced an initiative last May to power the city with 100 percent clean and renewable energy by 2050, which supports the citys current goal of providing 100 percent of municipal electricity from renewable sources by 2030. Dyer also recently charged city departments with the task of movingvirtually every government service onto digital platforms.

The city is also partnering with local universities to see through some of its innovation goals. In partnerships with the University of Central Florida, Orlando has developed testing pilots for several intelligent communication systems, including autonomous vehicles. 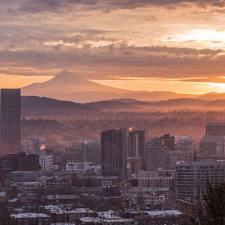 Portland, Oregon, is taking smart transportation seriously and increasing residents health, safety and satisfaction in the process. The city recently struck a five-year deal with Ride Report, an app that tracks bicyclists routes and satisfaction while giving them exercise challenges. More than 400,000 rides have been tracked since it launched in 2016 in Portland. Future data will be shared with the citys Bureau of Transportation to supplement its own annual bicycle count.

Portlands Smart City PDX initiative has big plans for 2018 outside of transportation, as well. An open data program, air-quality sensors and an autonomous vehicle framework are also in the works for Mayor Ted Wheeler and Rip City. 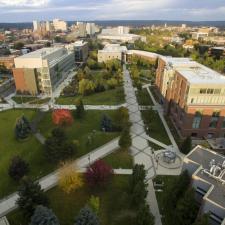 Outside of theSeattle area, cities inWashingtondont get much attention for their contributions to tech, but Spokane, with about 215,000 residents just a 20-minute drive fromIdaho, is quickly becoming an influential force in the field of smart city research. As the host of a 770-acre living laboratory in the citys University District, called Urbanova, Spokane is beginning to yield initial research results and gain attention for its design-centric urban technology partnership.

Six founding partners, which include the city, Washington State University, local community groups, and infrastructure and construction companies, are searching for ways that cities can use data to empower citizens.

So far, the group has launched pilots that use smart streetlights to measure air quality at a hyper local level in hopes of understanding living conditions on a neighborhood-by-neighborhood basis, a shared energy economy project that explores new models of integrating alternative energy sources into the electricity grid, a partnership with management consultancy Gallup that provides data analytics tools for constant monitoring of public sentiment, and an experimental communications system that would bridge multiple utility monitoring systems like those used by gas, electric and water on a common platform. 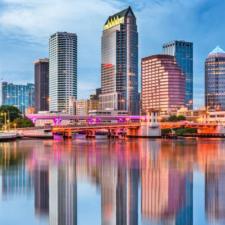 “We’re using volunteers for on-board units we put in their vehicles to be used on the connected vehicle corridor, so managing their involvement requires a deft hand,” Tampa-Hillsborough Expressway Authority Planning Director Robert Frey said in November.

The pilot is a path towardincorporating connected vehicles into the Tampa traffic ecosystem in the long term, while reducing collisions and environmental impact of vehicles in the city. Pedestrians will be able to download a mobile app allowing them to activate some crosswalk signals and warning them of oncoming trucks or vehicles.

The city is also developing a 53-acre waterfront space to be a hub of smart technologies. Called Water Street Tampa, it’s being developed by Strategic Property Partners, a realestate group with designs on making the development one of the most connected environments in the world. With more than$3 billion in private investment going into building the mixed-use space, future residents and patrons can expect free high-speed Wi-Fi,digital platforms for concierge services around the space, and smart and interactive parking platforms. 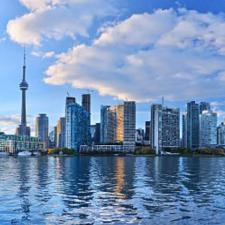 After submitting an RFP for an “innovation and funding partner” to develop a 12-acre slice of its Eastern Shore last March, Torontos tri-governmental public corporation “Waterfront Toronto” signed a framework agreement with Google-sibling company Sidewalk Labs in October of 2017.

While the details of the framework arent public, including terms on how the data will be collected, stored or shared, Sidewalk CEO Dan Doctoroff has big plans for the vacant industrial lot.

Autonomous vehicle-friendly roadways, alternative energy micro-grids, smart waste management systems and robotic drone delivery services are among the technologies to be piloted in the community, which will have a focus on sustainable and inclusive technologies, as well.

A world leader in urban innovation, Sidewalk Labs will create a test bed for new technologies in Quayside, technologies that will help us build smarter, greener, more inclusive community which we hope to see scaled across Toronto’s eastern waterfront and eventually in other part of Canada and around the world, Canadian Prime Minister Justin Trudeau said in October.