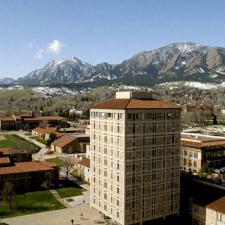 Four years ago, Boulder launched a transportation master plan that was centered around adding to its bike infrastructure, making its intersections more pedestrian-friendlyand bolstering public transit. This year, its joining 21 other cities around the country as part of Transportation for Americas Smart Cities Collaborative, in which officials will exchange ideas about emerging transportation technologies and how they affect street and sidewalk usage.

We like working with other cities to learn what theyre doing, said Boulder spokeswoman Gretchen King.

That new partnership should come in handy for Boulder, which is on the verge of opening its streets to dockless bike-sharing on top of the 43-station, 285-vehicle bikeshare network it already has installed. Boulder plans to contribute to the collaborative with lessons from its Access Management and Parking Strategy, an ongoing review of the citys land-management and parking policies thats helped it cut down on underutilized parking spots and make way for newer forms of transportation as more residents go car-free.

Beyond transportation, Boulders also poised to be a hub for the latest emergency-responder tech as the host of the FirstNet Innovation and Test Lab. 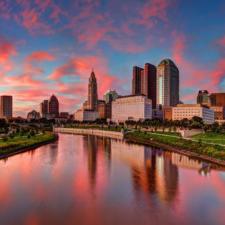 Two years ago, the Ohio capital beat out dozens of other applicants for a $40 million grant from the U.S. Department of Transportation and another $10 million from the Paul G. Allen Family Foundation to reinvent how it moves its residents around. And since then, more investment has continued to pour in.

The city is aiming to use its data to address inequality between its wealthiest and poorest neighborhoods, create ways people in low-income communities can find jobs and actually travel to them, and address its high infant-mortality rate.

Along the way, city officials are also going long on electric vehicles, which is where the money comes in. With the grant from the Allen Foundation, Columbus envisions emissions-free vehicles throughout city government by 2020, and charging stations throughout town as more residents go electric.

Meanwhile, another $200 million in private and public investments has rolled in to an acceleration fund, with the money targeted projects like modernizing the electric grid and building an autonomous-vehicle testing ground with Honda at the Ohio State University.

The Columbus Partnership, the public-private organization overseeing Columbuss smart-city initiatives, says that all together, the grants and other investments total $500 million so far, and theyve got their eyes on reaching $1 billion. 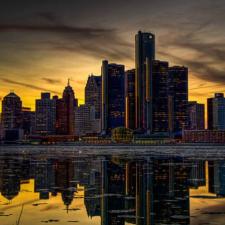 Detroit isworth watching if for no other reason than to observe its initiatives as an acid test of smart city techs rallying power. Detroit escaped federal oversight on April 30 after logging the nations largest municipal bankruptcy in 2013 and ended fiscal 2017 with a $53.8 million budget surplus. Things are looking up, but if there was ever a city in need of a little help revitalizing, its Detroit.

City Chief Information Officer Beth Niblock told StateScoop in March that Detroit was sorting through applications for a new director of emerging technology, an official who will lead a wide range of innovative projects, including those that use smart city tech. Drones, police body cameras, car-mounted cameras, artificial intelligence, facial recognition, video analytics, digital voice assistants and chatbots are all on the table, Niblock said.

Niblock also says Detroits executive leadership has the city poised for technological success. “They’re willing to try all kinds of stuff, she said. Democratic Mayor Mike Duggan himself has signaled that he isnt content only to continue Detroits slow climb out of its reputation as the worst big city to live in, but has aspired to replace desolation with prosperity. 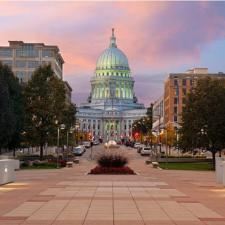 Madison lost out four years ago on the big Transportation Department grant that eventually jump-started Columbuss smart-city makeover. But its forging ahead with many of the plans it put forth in its grant application as it seeks to become a living mobility lab driven by electric cars, autonomous vehicles and data-collecting sensors all over its streetscape.

In February, the city set about installing short-range communications devices on busy intersections near the University of Wisconsin that let traffic lights detect approaching buses, with the goal of using the resulting data to develop rapid-transit lines. Over the longer term, the city also plans to upgrade its gas and electric grids, deploy a network of environmental sensors and build a city-owned 4G network for its public-safety and public-works agencies.

The city and the University of Wisconsin are also wrapping up a three-year project funded by the National Science Foundation to build out a gigabit internet laboratory to attract developers of ultrahigh-bandwidth applications. In 2018, Madison is continuing its transit and mobility projects as part of Transportation for Americas Smart Cities Collaborative. 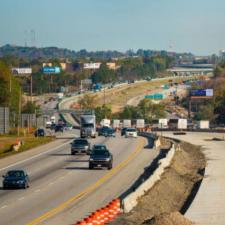 As early smart city projects have sprouted up, some have lamented a lack of coordination. First in Illinois and now in Ohio, state leaders have launched smart state initiatives designed to corral disparate projects across cities into a common framework intended to ensure interoperability and eliminate duplication of efforts by identifying which ideas work best.

In April,Ohio announcedthe award of a $5 million contract to AECOM Technical Services to help the state develop just such a framework, with a particular emphasis on the states many experimental smart and connected transportation projects. Through a 12-month project, the vendor is expected to address issues of device interoperability, data management, and government-industry partnership.Ohio officials say the state will serve as a valuable convener and organizer, bringing much-needed support especially to smaller cities with less money to spend on experimental technology projects.

Lessons learned through DriveOhio, the Ohio Department of Transportation’s smart mobility program, and Smart Columbus, a project now supported by a half-billion dollars in federal and private investment after the City of Columbus won a $40 million Department of Transportation competition, are expected to gain a wider audience through the smart state initiative.
State involvement like this, says DriveOhio Executive Director Jim Barna, could just be a step on the road to national standards for a rapidly evolving industry.

by Jake Williams • 2 days ago
Special