San Francisco will spend more time considering whether, and under which circumstances, the city’s police department may use its existing fleet of land-based robots to kill people.

Last week, the San Francisco Board of Supervisors voted 8-3 in favor of a policy that would permit the city’s police department to deploy lethal use of robots “when risk of loss of life to members of the public or officers is imminent and officers cannot subdue the threat after using alternative force options or de-escalation tactics.”

On Tuesday, a second vote that, if passed, would have forwarded the policy to Mayor London Breed for final approval, was scrapped in favor of sending the policy language back to the supervisor’s Rules Committee to allow further discussion and public input.

San Francisco citizens reacted negatively to the supervisor’s initial vote authorizing lethal force, prompting public demonstrations in the city. One supervisor, Gordon Mar, said that he regretted his vote to progress the policy and would not vote for it to proceed further.

Until a final decision authorizing or barring the lethal use of robots is made, the San Francisco Police Department may continue to use its fleet of 12 robots for non-lethal purposes, including reconnaissance and bomb disposal. 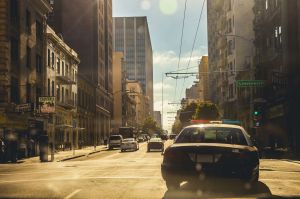