The announcement came days after Tracy Doaks, the state’s previous CIO, stepped down to serve as president of MCNC, a nonprofit that operates a broadband network for schools and community institutions across the state. Doaks, also a former deputy CIO who had only been in the secretary role since March, took over the position from Eric Boyette, who is now serving as North Carolina’s transportation secretary. 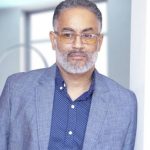 “The state of North Carolina relies on our IT resources now more than ever,” Cooper said in a press release. “Thomas Parrish’s experience as an IT leader and educator prepare​s him to lead NC DIT as the agency supports our state workforce in all 100 counties, both in the office and remote. His work as Chief Deputy has earned the trust of state government, and he will do work hard to protect our state from cyber threats.”

Parrish served as CIO for North Carolina’s Department of Cultural Resources from 2007 to 2014, and has been a deputy CIO at the Department of Public Safety since March, supporting the network infrastructure for 26,000 state employees. He’ll now take over a statewide technology agency that’s adjusted to the challenges that the coronavirus pandemic has forced onto state government, according to Doaks, who told StateScoop in June that North Carolina agencies should lean in to digital government over the next several months.

“I think instead of rolling back some of those changes that we should lean all the way into them and continue to take a deeper dive into the technologies that we’ve already had agencies finally adopting,” she said. 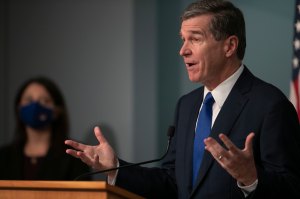