Government agencies are increasingly adapting their services for mobile platforms, but recent industry research shows that just a third of citizens consider mobile devices their preferred mode of doing business with government, citing privacy and security as major barriers.

Research released by IT giant Unisys shows that only 32 percent of 2,000 citizens polled across eight states said they preferred using a mobile device to access government services. A reluctance to share personal information and a fear of data breaches appeared in the survey to be a major deterrent ­— 69 percent of respondents said they thought data collection would infringe their privacy and about 66 percent said they were concerned with how government would use their data and that it might not be properly protected.

As state and local government agencies attempt to keep pace with the quality and ease-of-use of services offered by private companies, they have released mobile apps with growing regularity in recent years. Though for some, simply launching an online portal for a service that has traditionally been offline-only is sometimes viewed as a major advancement, and the prospect of releasing a slick mobile app often remains out of reach.

Amy Glasscock, a senior policy analyst for the National Association of State Chief Information Officers, said this data is line with other research she has seen, including that related to state government.

“That’s something that CIOs are certainly aware of, especially when you have people who exclusively have access to the internet on a mobile device, you want to move toward making your websites mobile friendly,” Glasscock said.

While the majority of citizens may not prefer to use mobile devices to do business with government, mobile offerings are typically framed by agencies as a way to expand accessibility and increase options for users, not as the single answer for service.

Chris Cruz, deputy CIO for California state government, said high mobile use is well known in his circles. He cited recent research conducted at the state’s health department showing that of the approximately 12 million Californians on Medicaid, upwards of 9 million of them wanted to access services via a mobile app.

Cruz said he expects that demand to grow and government’s mobile app portfolio along with it. He says the California State Innovation Lab , the state’s sandbox for testing new cloud-based technologies, has a strong mobile focus.

The Unisys data shows that among those who do prefer mobile access, more than half would prefer to use a single app to access services, another emerging trend in government technology that some states — such as Tennessee and Michigan — are now striving toward, but none have yet mastered.

Security and privacy concerns are top of mind for top IT officials at level of government. As NASCIO frequently points out, cybersecurity has been the top priority of its constituency for the past five years and will likely continue to hold that spot so long as major breaches and ransomware infections make headlines.

Cruz said that while it’s the responsibility of device makers to close security gaps, the onus is on the state to ensure that its apps are standardized around security and minimize risk, regardless of the platform. This is critical, he said, especially since he believes mobile apps and devices are going to become more common in government.

“I think that’s the way of the future,” he said. 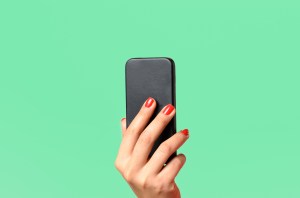