The company will provide Louisiana services through the Integrated Public Alert and Warning System, which is run by the Federal Emergency Management Agency. The announcement follows a recent forecast by the National Oceanic and Atmospheric Administration of a 65% chance of an “above-average” Atlantic hurricane season. NOAA predicted in May there will be as many as 21 named storms and six major hurricanes this year.

The Louisiana Governor’s Office of Homeland Security and Emergency Preparedness selected Rave’s platform to send mass notifications to governments, higher education institutions, K-12 school districts and other organizations during emergencies. The contract builds on work between the state and company during the pandemic, when Louisiana’s governor’s and health offices used its platform to provide updates on the health crisis.

Todd Miller, a senior vice president at Rave Mobile Safety, told StateScoop the state has also been using its “panic button” technology at K-12 schools to provide a quick way for school staff or administrators to notify several authorities at once of an emergency.

The state’s 64 parishes were this month granted free access to the alert platform, which the state purchased through an existing contract with AT&T.

“I think GOHSEP, along with other organizations, are recognizing today that there is a growing ecosystem of stakeholders when it comes to public safety and engagement both with the public and others that are involved in the response,” Miller said. “What GOHSEP is contemplating, rightly, is how do I break down some of these unnatural silos that sometimes exist in public safety.” 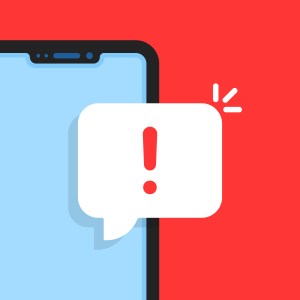