Kelly signed HB 2196 into law on Monday to overhaul the state’s 40-year old unemployment IT infrastructure, starting with the formation of a 13-member, bipartisan council to oversee the project. The council, which will be staffed by legislators, state agency officials, employers and employees from Kansas businesses, will be tasked with auditing the current system, including how and why fraudulent claims were paid out during the pandemic.

One estimate, made by the Sandlian Center for Entrepreneurial Government, a Wichita think tank, placed roughly half of all unemployment payouts made from last Dec. 26 through Jan. 23 as either overpayments or fraud. A state audit in February estimated that about $600 million of the $2.6 billion that Kansas paid in state and federal unemployment benefits in 2020 could have been fraudulent.

“After a decade of neglect, this bipartisan legislation is another important step to address and resolve the issues facing the Kansas Department of Labor,” Kelly said in a press release. “Critically, this bill will support our ongoing modernization of the 40-year-old IT system that struggled to handle the record volume of claimants and newly created federal programs. This bill and the work accomplished during the legislative session will ensure that the Department of Labor will truly be prepared the next time our state faces an unprecedented economic crisis.”

The council will also be in charge of recommending technology upgrades to the state’s UI system, including enhancements to data-sharing, verification, security and system responsiveness. The new system will be required to cross-match Social Security numbers with the Social Security Administration, the bill says, as well as use data analytics and data mining tools to detect fraud and IP identification tools to determine if claims are being filed from outside of the United States.

The bill bars state agencies from signing vendor contracts to modernize the UI system until the council has made its recommendations. 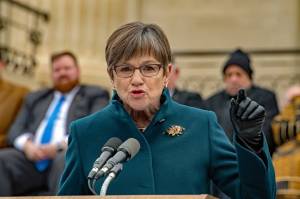