Ohio Lt. Gov. Jon Husted on Monday introduced a new website that will serve as the portal for all things related to “InnovateOhio,” the government modernization office he is leading as part of the administration of Gov. Mike DeWine.

DeWine put Husted in charge of the project shortly before they took office in January. In the intervening months, the potential projects the initiative might cover have been kept broad, including anything from training industrial workers in robotics to finding creative uses for blockchain in state government. The new website confirms a commitment from Husted’s office to pursue technology projects that streamline state government operations and improve the digital technologies the state uses to conduct business with its residents.

“Everyone has the experience of going to the BMV,” Husted says in a video embedded on the website, referring to state’s motor vehicles department. “You may have spent one or two hours of your life there every four years. We don’t think you should ever have to go into another government office ever again.”

In addition to confirming the efficiency and innovation agenda touted by Husted, the website also confirms an emphasis on supporting broader economic development goals where they intersect with technology. Establishing a statewide broadband strategy, the website states, is a key project in the initiative.

InnovateOhio also announced the members of an unpaid advisory board to make recommendations to Husted and his staff. The board includes several local entrepreneurs and executives, such as Amy Brady, the chief information officer of KeyBank, and Bernie Moreno, a Cleveland car dealer who has lately turned his business interests toward blockchain.

The board is scheduled to hold its first public meeting on Wednesday. 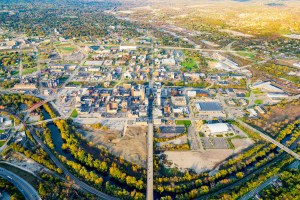