The Illinois Department of Innovation and Technology this week brought on board a new chief data officer to lead the state government’s efforts to inject data-driven decisions into its policymaking.

Ron Guerrier, the state’s chief information officer, confirmed in an email to StateScoop that he hired Tammy Roust, a former associate director of the U.S. Commodities and Futures Trading Commission, to the data-officer post, which had been vacant since the 2018 departure of Kevin Harrison, who is now the data chief and an assistant CIO for the city of Oakland, California. 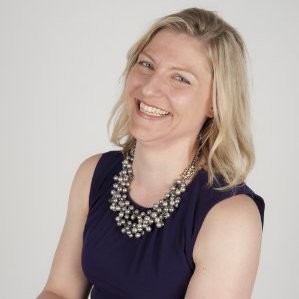 Guerrier, who was hired as Illinois CIO in March, said Roust will have a “significant task” ahead of her “in progressing our state data practice,” though he said he is “very confident and excited in what she will do for Illinois.”

Illinois DoIT did not make Roust available for an interview. At the CFTC, Roust managed a team of quantitative analysts in the regulatory agency’s Chicago office that worked on the methodologies of the stress tests it ran on financial institutions, according to her LinkedIn biography. She also evaluated policies and standards relating to cybersecurity, business continuity and risk management in the financial industry, including organizations dealing in cryptocurrencies like bitcoin.

Roust holds several advanced degrees from Claremont Graduate University in California, including a Ph.D. in management information systems, and began her career as a software engineer for NASA’s Jet Propulsion Laboratory.

Roust’s hire comes at a time when data officers are starting to be more assertive about their place in state government. The State Chief Data Officer Network, a new organization designed to support and bring together state governments’ top data officials, held its first meeting earlier this month in Washington, with more than 20 statewide CDOs in attendance. There is also an ongoing conversation in the data-officer community about whether data officers, despite their technical chops, should be part of a government’s IT apparatus instead of a more direct adviser to the executive, as Andrew Nicklin, a former director of New York State’s open-data program, wrote in June.

For his part, Guerrier sounds passionate about expanding the role data plays in Illinois state government.

“Data analytics is one of those interesting places where 10, 15 years ago it was not really thought of,” he told StateScoop last month at the annual conference of the National Association of State Chief Information Officers. “Now we’re focused on bringing the data forward and leveraging in the best way. How do we leverage that to improve the lives of our residents and businesses? We want to improve the resident experience and leveraging data in the right way to do so.”