As two tech proposals move through the Hawaii legislature, the state’s capacity to respond to emerging challenges and most effectively serve its citizens hangs in the balance.

The bills — one to create a working group that would spur along IT consolidation efforts and another to create a chief data officer role and “data task force” within the state’s technology bureau — represent two interwoven efforts increasingly found in state governments across the U.S.

In an interview with StateScoop, Hawaii Chief Information Officer Doug Murdock said he believes that both the consolidation and data bills would provide great value to the state.

Hawaii’s technology is already partially consolidated — services including Microsoft 365 and Adobe Sign are centrally managed by the Office of Enterprise Technology Services, Murdock said — but SB 3284 would establish a working group to develop a plan for phasing in broad IT consolidation of many of the state’s departments within five years. Murdock said legislation isn’t strictly required for the state to continue consolidating its technology, but with Gov. David Ige just nine months away from being termed out of office, lawmakers are pushing for the work to begin now. 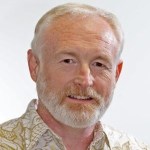 “The timing’s a little bit difficult because our current governor’s in his last year,” Murdock said. “So the study would be done with the current people, but it would have to be implemented by the next group. So that’s a little awkward, but we’ll work through it.”

Though the bill hasn’t been passed, Murdock said it’s already informing current discussions by the state’s IT steering committee. He said senior technology officials met last week to examine the state’s IT strategic plan and “look at services that could be consolidated more easily than others or have a greater impact than others.”

“We’ve also looked at how we could be more supportive of the business departments in terms of helping them align their business needs with their IT capabilities,” Murdock said. “So a lot of our focus has been on how we better serve that partnership between business and IT.”

If further consolidating IT is a way for Hawaii to improve the cost-effectiveness and speed of its service delivery, finding new ways to use data would fuel the same goals. HB 1885 calls for the creation of a chief data officer, a role that more than half of the states have codified and that most of those have kept filled. Hawaii’s CDO would lead a “data task force” assigned with finding ways for departments to make greater use of their troves of data. (Murdock said the creation of such a role could also mean a new data scientist and data analyst roles to support the CDO, as well.)

“For systems we have, we’re trying to wrap some kind of data tool around it, but to be able to go through multiple sources of data and merge them together and come up with actionable intelligence will require someone with the skill level of a data officer,” Murdock said. “So it makes a lot of sense for us to do that. That’s just a level of resource immaturity we have not gotten to yet.”

The state’s ability to use its data effectively depends also on broader efforts by Hawaii to modernize its systems, Murdock said. And while Hawaii managed to scrape together the data it needed to respond to the COVID-19 pandemic when it began in March 2020, he said that period illustrated many of the state’s technological shortcomings — there were sources of data leaders wanted access to that couldn’t be easily analyzed.

“We got a lot better as the pandemic went along, but we didn’t have a single subject matter expert that we could go to for help,” he said. “It was sort of an ad-hoc growth of data capabilities across the state.”

Although Hawaii is now in the minority of states without a CDO, there’s no guarantee the legislation will pass. A similar bill that pushed for the role to be created fizzled out in June 2020. But as the pandemic winds down and more government leaders recognize the growing relevance of technology and data to their businesses, the new proposals could be viewed with fresh eyes.

“IT originally was kind of a nervous system that just connected everything together,” Murdock said. “And then we figured out that we could use it as muscle and bone to get work done more efficiently. And now it’s becoming the brain that actually can look and see how we can do things faster, smarter, cheaper, by analyzing the data that we have. It’s an evolution of doing all this work and gathering all this data. Now we’re actually going to make good use out of it so we can make better decisions.” 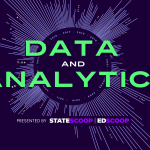